In part two of this series on ophthalmology and psychiatry, the authors will cover the possible psychiatric consequences of ophthalmic disease. The following conditions will be discussed:

This is a condition seen in some patients who have both eyes patched after intraocular surgery. Commonly described features of this entity include restlessness, hyperactivity, anxiety, irritability, disorientation in time and space. Less frequently mania, delusions, auditory and visual hallucinations may occur. Patients who have impaired hearing are more prone to develop this condition. Black patch psychosis is actually a faulty adaptation to psychic stress of visual deprivation and loss of perceptual and conceptual clues [1].

Role of the ophthalmologist

In modern day ophthalmology, it is uncommon to perform surgeries on both eyes in one sitting and subsequently both eyes needing patching. However, should both eyes need to be patched, ophthalmologists should be aware of this entity so that they can get appropriate help from psychiatry colleagues should the need arise.

A significant number of patients who report at the ophthalmic department are either blind or have marked visual loss. The treating ophthalmologist is so focused on the eyes that they forget the psychiatric impairment the visual loss is causing and how this is affecting the patient’s quality of life. It is important to recognise this in the overall management of the patient. The psychiatric effects of visual reduction include depression, anxiety, personality changes, communication problems and emotional distress [2]. Patients who live alone are more prone to develop these changes as compared to patients who are living in a joint family system. In children the additional effects of visual impairment include developmental delay and learning difficulties.

The eye doctor should be able to recognise if the mental state of the visually impaired patient is deranged and make appropriate referrals for the psychiatric therapies which consist of behavioural interventions, to teach problem solving to overcome barriers in the daily routine, assist in overcoming negative modes of thinking and enhance social supports.

Phobias in the operation theatre

Passing through various stages of eye operations can cause a lot of distress, anxiety and fear among patients, although this may not be fully appreciated by the ophthalmic surgeon [3]. Reasons for fear and anxiety can be diverse. As far as local anaesthesia is concerned, the knowledge of needle pricks around the eyes is quite frightening for some people, while some people with low threshold for pain may be troubled by the prick of needles. The commonest fear of general anaesthesia is ‘not waking up’. Another common cause of apprehension during surgery is the fear of becoming blind by some complication. Patients who had uneventful and smooth surgeries in one eye generally are calm and well when being operated upon the second eye.

Spending some time with the patient to determine the reasons and factors influencing preoperative fears and anxiety may greatly help in the management of patients.

Usage of systemic steroids in some patients can induce mental state changes which are collectively termed as steroid induced psychosis. Females are more prone to develop psychosis of this type [4]. The majority of patients actually exhibit changes in mood such as depressive disorder or mania. Younger patients are more likely to develop psychosis as compared to older ones. Development of steroid induced psychosis is acute in onset and the majority of the patients develop symptoms in the first few days of therapy. Treatment of the condition is with phenothiazines. Most patients recover within six weeks after the start of therapy and cessation of systemic steroid therapy.

Implications of steroid induced psychosis for the ophthalmologist

When steroid induced psychiatric syndromes develop, ophthalmologists are faced with multiple problems. They may have to reduce or stop the systemic steroids making the treatment of ocular disease process difficult. Secondly, they are required to approach their psychiatry colleagues for intervention. Ophthalmologists may substitute systemic steroids with periocular steroids in purely ocular problems but sometimes difficult situations may arise, e.g. treating patients with temporal arteritis where periocular steroid injections may not suffice. Under such conditions consultations with an internist may be required.

A significant number of patients with severe (bilateral) visual loss experience visual hallucinations. This is termed as Charles Bonnet Syndrome [5]. It is believed that these hallucinations are generated in the visual cortex when normal incoming sensory impulses are absent. Hallucinations often follow visual loss by days or weeks and can last for a few seconds or minutes or can be continuous. They often take place in the evening and night when lighting is poor and patients are inactive or alone. Usually patterns, letters, people, animals, objects or landscapes are seen. There is accompanying sound. The hallucinations are generally well tolerated and only require reassurance about their benign nature. In some patients increasing social contact and avoiding isolation may have beneficial effect.

Hallucinations are perceptions without external stimulation of relevant sensory organ. Although traditionally visual hallucinations point towards a functional psychosis, in reality they occur more frequently in organic states than psychiatric conditions [6]. They occur under a variety of circumstances. They are common in patients with dementia or emotional stress. They may occur transiently with postoperative delirium including after cataract surgery. Many drugs can cause them and so can alcohol withdrawal. Visual hallucinations also occur in psychiatric disorders, where they are usually accompanied by auditory hallucinations and other signs of mental illness. Other conditions which can be accompanied by hallucinations are occipital lobe tumours, epileptic seizures and migraine attacks.

They may be simple or complex [7]. Simple ones are quite elementary such as flashes of light, pattern, colour lines or geometric shapes. Complex hallucinations contain people, objects or animals.

Implications for the ophthalmologist

a. The ophthalmologist is usually required to establish an ocular cause for the visual phenomenon experienced by the patient. ‘Flashing lights’ [8], which may be experienced as part of visual hallucination phenomenon, can also be produced by vitreoretinal traction as in posterior vitreous detachment (PVD). Any patient who reports to the eye department complaining of flashing lights must be evaluated for PVD and a three mirror examination of the peripheral retina carried out in order to exclude any retinal break which might result as a consequence of the vitreoretinal traction.

b. Visual hallucinations may also be observed in lesions of occipital lobe. These may be simple such as flashes of light or waves of colour or they may be complex such as multiple visual images or distortions in the visual scene. In such patients, ophthalmic examination is usually completely within normal limits. These patients may have associated neurological signs which may aid in the diagnosis. However, in the absence of other neurological signs diagnosis may only be established by neuroimaging of brain and visual pathways.

d. The ophthalmologist is unlikely to be consulted for the schizophrenic patient complaining of visual hallucinations since such cases will primarily be referred to and dealt with by the psychiatrist, who will probably not send patients to the ophthalmologist to exclude ocular pathology as a cause of the visual phenomena.

f. Patients with functional psychosis and visual hallucinations are not likely to report to the eye department for the visual problem since the mental state will predominate the scenario.

g. The image distortion (metamorphopsia) produced by occipital lobe lesions can also be produced by macular lesions such as macular oedema [10], which can easily be ruled out by fundus examination. 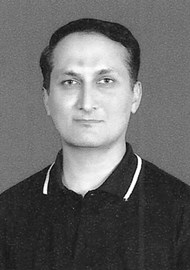 Consultant Ophthalmologist to the Pakistan Army. 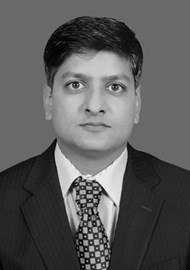