Professor Tariq Aslam, co-editor of Eye News for nearly a decade, will be stepping down from his role. Prof Aslam has been a guiding influence on the magazine since he first worked on a publication, the December / January issue of 2013.

Prof Aslam said: “It has been an honour to have been an editor of Eye News working alongside my friend and mentor Baljean Dhillon and all the Eye News team. I have seen it progress and evolve with the times to cover not only state-of-the-art technologies and treatments, but also adapt with societal change involving topics such as social media and legal issues. I regret a lack of time to continue to input all the attention the post deserves, but will continue to watch and support from the sidelines.”

Combining his role as co-editor, wherein he commissioned, edited, and sourced content for Eye News, Prof Aslam currently holds the role of Professor of Ophthalmology and Interface Technologies at the University of Manchester, whilst also working as a consultant ophthalmologist at Manchester Royal Eye Hospital. 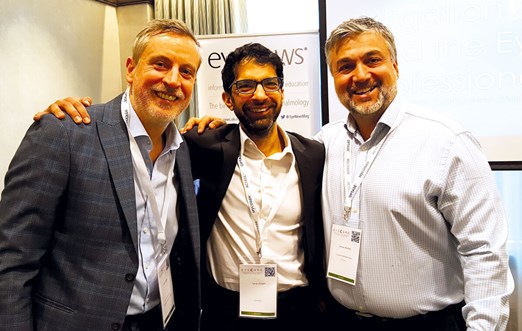 Professor Baljean Dhillon, Prof Aslam’s co-editor during his tenure with Eye News, paid tribute to his departing colleague. He said: “Tariq was the best co-editor one could wish for. He was a stalwart, a great supporter of Eye News, and always nurturing through his ideas and creativity. Tariq used his unique talent to improve and enhance not only contributions, but the whole editorial team.”

Zaria Ali, section editor of the magazine’s book reviews, is a colleague of Prof Aslam’s at Manchester Royal Eye Hospital. She pointed to Prof Aslam’s innovations in his field and advancements he has headed in his work.

Zaria said: “I can always tell when he has written the editor’s welcome. I haven’t met anyone who is as universally beloved and revered as Prof Aslam. He is inspiring to work with – as well as his work with Eye News, in a single day he is coding artificial intelligence, trying to get the holistic care his patients deserve, helping a medical student who’s down on their luck, and inventing something that will make a legitimate difference in the world.”

Prof Aslam’s creativity and work ethic translated into his work with Eye News, where his editorial contributions and guidance for contributors young and old has kept the magazine ticking over for a long time.

Frequent contributor Rod McNeil has worked with numerous editors over many years, including Phillip Murray and Winfried Amoaku before Prof Aslam and Prof Dhillon took over as co-editors. Rod said: “I would like to thank Tariq for his outstanding contribution to Eye News. I have thoroughly enjoyed working with him and wish him all the very best for the future.”

Justin Chater, Managing Director of Pinpoint Scotland Ltd, publishers of Eye News, worked with Prof Aslam throughout his tenure as co-editor. He said: “Tariq was an outstanding co-editor with a great sense of humour who always made us laugh when we met up.” 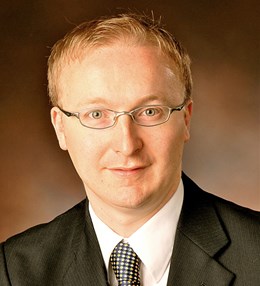 Eye News would like to welcome Prof Aslam’s successor in the role, David Lockington. Currently a cataract and cornea ophthalmic surgeon at the Tennent Institute of Ophthalmology, Gartnavel General Hospital, Glasgow, David will be joining Prof Dhillon as co-editor beginning from the next issue of Eye News.

David said: “It is a privilege to be invited to take over as the Eye News co-editor from Tariq, and I wish him well in his future endeavours. Under his wise direction with Bal, Eye News has continued to be a must-read for the ophthalmology, optometry, and industry communities, both in the UK and beyond. I look forward to further developing its impact alongside Bal and the team in the years ahead.”

The Eye News team would personally like to thank Tariq for his hard work, dedication, and guidance in all his time with the magazine. 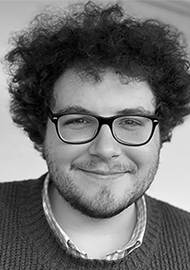