Some readers may have seen a recent report in the national newspapers of the case of a teenage girl with persistent severe headache associated with a fatal brain tumour having been undiagnosed despite many consultations with her medical advisers. It is very likely that such a patient will have had papilloedema which, if looked for, would have led to an early diagnosis. One basic principle is that in the presence of persistent headache in a child or young adult a brain tumour should be suspected until proven otherwise.

Papilloedema is oedema of the optic disc(s) associated with increased intracranial pressure (ICP). It can be unilateral in the beginning but if the cause is not dealt with it becomes bilateral. Diagnosis may be difficult at the outset but established papilloedema is obvious on ophthalmoscopic examination. All medical students are (still, I hope) instructed in the use of the direct ophthalmoscope, which should be used for routine examination of the central nervous system (CNS). It would be good to see one sticking out of the pockets of all young doctors in addition to the stethoscope around their necks. The optic disc is the only readily visualised part of the CNS (by ophthalmoscopy) and may also hold the clue to the diagnosis of the few potentially fatal diseases presenting to an eye clinic.

The exact mechanism as to how increased intracranial pressure produces optic disc swelling has been controversial over the years. Initially it was thought to be due to compression of the central retinal vein as it crosses the subarachnoid sheath of the optic nerve (ON). Dr Sohan Singh Hayreh from Iowa (who worked at one time in Edinburgh), the accepted expert on the subject, in his most recent review on papilloedema [1] confirms that the course of events is as follows: raised intracranial subarachnoid cerebrospinal fluid (CSF) pressure > rise of CSF pressure in the sheath of the ON > rise of tissue pressure in the ON > axoplasmic flow stasis in the ON fibres in the surface nerve fibre and prelaminar layers > swelling of the nerve fibres in the optic nerve head (ONH) > optic disc swelling. This swelling secondarily compresses the fine low pressure venules resulting in venous stasis, fluid leakage and accumulation of extracellular fluid, thus the vascular changes seen in optic disc oedema are secondary and not primary. 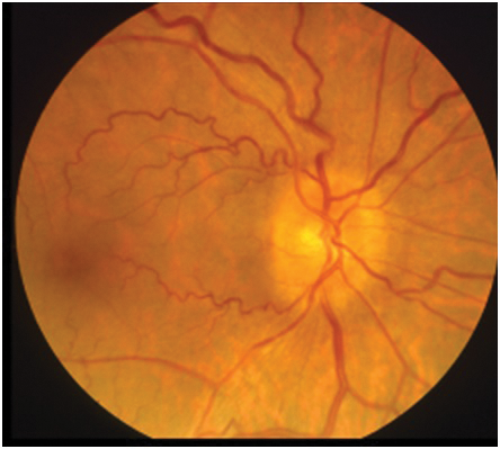 Figure 1: Optic disc photograph showing earliest stage of papilloedema
with swelling of axons at the lower and upper margins. 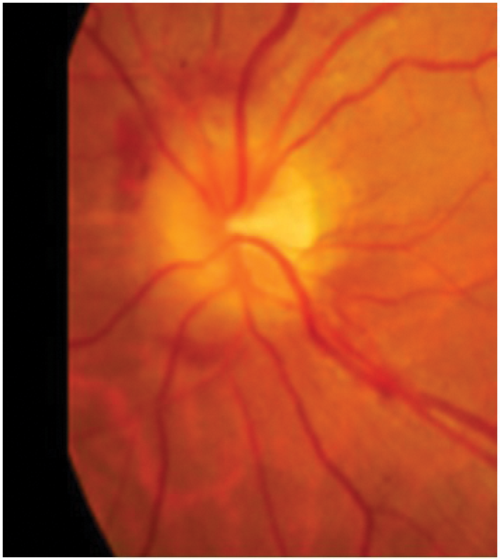 Figure 2: Optic disc photograph showing blurring of all disc margins
with some haemorrhages at upper and lower poles. 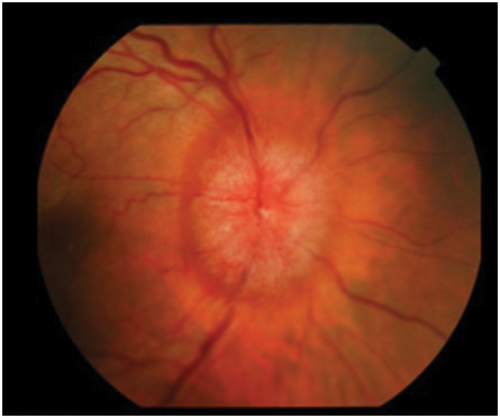 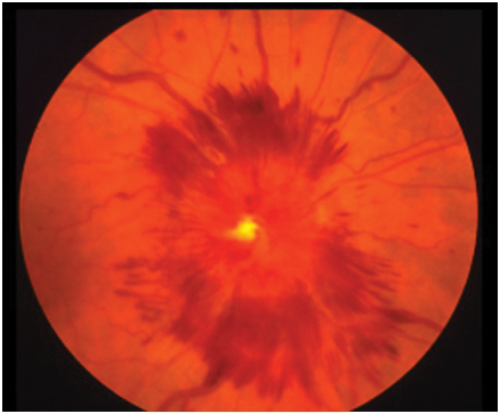 The clinical appearance of the optic disc in papilloedema must conform with the progressive changes noted in the last paragraph, so that the first part of the disc to show swelling must be where the nerve axons from the retina are most numerous, that is at the upper and lower poles. Here the fibres from the temporal retina arching around the papillomacular bundle enter the limited space at the six and 12 o’clock positions, limited because the nasal retinal axons are occupying a large portion of the nasal portion of the disc and the papillomacular bundle the temporal portion. Thus the place to look for early papilloedema is at the upper and lower poles (Figure 1) and not, as stated in many textbooks, on the nasal side nor in the cup or blood vessels which will only be involved later. As papilloedema progresses all the margins and the disc itself will become swollen (Figure 2), then vascular dilatation becomes evident (Figure 3) leading to leakage of fluid (oedema) and later again haemorrhages appear (Figure 4). 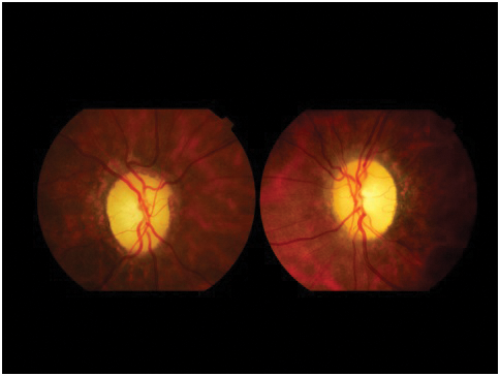 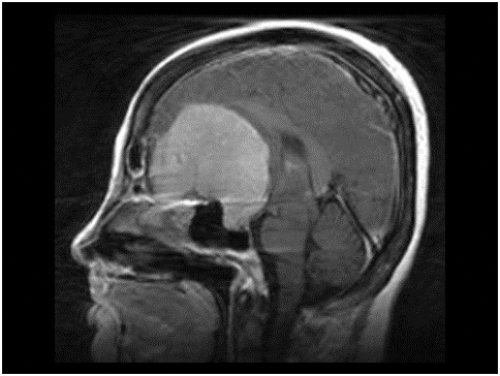 In the early stages of papilloedema visual function is normal unless, as in the case of some brain tumours, which compress the optic nerve or visual pathway, there will be loss of visual acuity or of the visual fields. If papilloedema progresses untreated the disc swelling will gradually subside and the nerve axons will die, functional loss first developing with constriction of the peripheral fields and progressing to tubular fields (Figure 5). Optic atrophy (Figure 6) will also develop as the nerve axons die leading to blindness. Thus it is essential that the cause, be it a tumour, infection, pseudo tumour cerebri / idiopathic intracranial hypertension (PTC / IIH) etc. causing raised intracranial pressure, be treated before these latter complications develop. In all cases of papilloedema regular evaluation of the peripheral visual field preferably by Goldmann or similar perimeter is essential both pre and post operation in the case of a brain tumour, and in other causes of raised ICP with papilloedema, such as PTC / IIH, regular supervision with appropriate perimetry is also required.

The name of this rare syndrome is well known to ophthalmologists but they may not be aware of its origin or true nature. It was described in 1911 [2] by Robert Foster Kennedy (1884-1952), who was born in Belfast and became Professor of Neurology at Cornell University, New York, but the condition had been noted as early as 1893 by Sir William Gowers, another famous British Neurologist. The syndrome consists of ipsilateral optic atrophy and contralateral optic disc oedema resulting from a brain tumour in the frontal lobe of the brain, usually an olfactory groove meningioma (Figure 6). Such a lesion must first compress its adjacent optic nerve and later cause raised ICP because the axons in an already atrophic ON cannot develop axoplasmic flow stasis, swell, compress the blood vessels and produce disc oedema.