PACK-crosslinking for infectious keratitis
By David Tabibian and Farhad Hafezi

Corneal cross-linking with riboflavin and UV-A light (CXL) is a technology that has been initially developed to treat corneal ectatic disorders [1]. Its effect in stabilising diseases such as keratoconus was reported in numerous trials with excellent long-term outcomes and is now widely used [2,3]. As for every new technology, research teams are working on CXL to improve its treatment protocol and develop new applications for this promising technology. Infectious keratitis is a relatively new indication of CXL and we will here briefly summarise this new development in CXL technology.

In 2003, Wollensak and colleagues published a groundbreaking clinical trial on patients with progressive keratoconus [1]. This initial protocol is now referred to as the Dresden protocol and was using an epithelium-off technique with UV-A light of 365nm wavelength and at an intensity of 3mW/cm² for 30 minutes (a fluence of 5.4J/cm²), using 0.1% isoosmolaric riboflavin solution. This standard ‘epi-off’ treatment successfully halts the progression of keratoconus in more than 90% of patients and improves keratometry readings by more than 2 diopters. This first success opened alleys to multiple other clinical trials that confirmed the efficacy of CXL to stabilise progressive keratoconus with favourable long-term outcomes [4]. Later on, CXL was also used with the same protocol to treat postoperative ectasia after refractive laser surgery [5]. With these initial successes, the medical care of corneal ectatic diseases was drastically modified and a new therapeutic approach was offered to patients with progressive disease, preventing additional visual impairment.

The scientific postulate behind the clinical efficacy of CXL in stabilising keratoconus was the interaction of riboflavin, a photo-reactant also known as vitamin B2, and UVA light to produce free radicals in the corneal stroma. Those charged molecules then interact with glycosaminoglycans and collagen fibres to create new covalent bonds, biomechanically stabilising the cornea [6].

Interestingly, this principle would not only biomechanically stabilise the cornea, but would also inhibit collagenase action and digestion of corneal tissue through three-dimensional conformational changes of collagen fibres (steric hindrance). This principle was then used to arrest non-infectious corneal melting: the standard Dresden protocol was used on four patients and the melting process was halted in three of them and delayed emergent surgery in patient number four [7]. 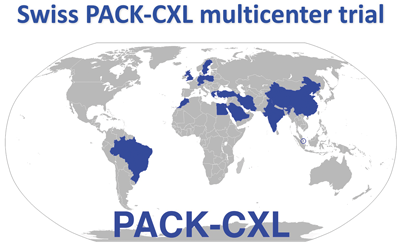 Figure 1: The authors are currently running a prospective randomised multicentre trial, comparing the effect of PACK-CXL as a first-line treatment to current antimicrobial therapy (non-inferiority study).

Infectious keratitis is a leading cause of global blindness, with 800,000 people affected every year on the Indian subcontinent alone. Recent research shows that CXL has a distinct microbicidal effect, which is independent of antibiotic resistance. Several mechanisms might be responsible for this effect: photoactivated riboflavin may directly damage the DNA of a pathogen through intercalation, reducing the capacity of the pathogen to replicate [8]. Second, photoactivated riboflavin itself creates a major amount of reactive oxygen species (ROS) and oxidative stress, acting on cell membranes [6,9].

The combination of these two mechanisms leads to a 10-fold increase in cytotoxicity when compared to UVA alone [10], which adds to the known effect of increased resistance against enzymatic digestion [11]. The first clinical study on infectious melting ulcers was performed in 2008 when Iseli and colleagues published a small cohort of five patients with progressive infectious melting keratitis that were resistant to conventional therapy [12]. Three of them presented with bacterial origin, the two others were fungal infections. CXL according to the Dresden protocol was applied, and the melting process stabilised in all but one case, delaying an emergency keratoplasty. The results of this pilot study were later validated in several clinical trials treating severe corneal infections with CXL [13-15]. Other clinical trials focused on early infectious infiltrates rather than advanced disease. The first study of this kind used CXL as a first-line and sole treatment for early infectious keratitis without prior or concomitant antibiotic treatment. Of the 16 eyes treated, only two needed additional antibiotic therapy [16]. 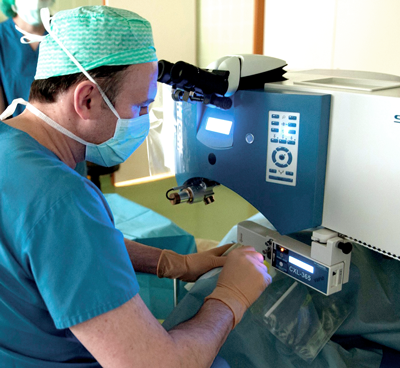 Figure 2: Farhad Hafezi performing PACK-CXL on a
patient using a current device in an operating theatre.

Following the expanding literature on CXL for infectious keratitis, a new terminology was proposed in 2013 during the 9th International Cross-Linking Congress in Dublin [17]. CXL used to treat infectious keratitis was proposed to be renamed PACK-CXL (Photo-Activated Chromophore for Keratitis – Corneal Cross-Linking). This may help to distinguish this particular use of cross-linking technology from the other indications, i.e. treating ectatic disorders. One relevant point is that the chromophore used for PACK-CXL is purposely not defined in the name: PACK-CXL will not be limited to riboflavin. New photo-reacting molecules may be used in the near future to treat infectious keratitis.

One potential candidate may be Rose Bengal [18], another candidate will soon be presented by the authors of this study. The majority of the clinical trials on PACK-CXL still use the Dresden protocol to treat infection. This protocol was initially developed for ectatic disorders, and intensity as well as length of the exposure were optimised to maximise the biomechanical effect needed to stabilise the ectasia. PACK-CXL does not aim for the same results: rather, a part of the cornea should be ‘sterilised’ without damaging the surrounding structures. Also, infections may be of various origin including not only bacteria, but also fungi. Furthermore, our team recently showed that, in contrast to CXL for keratoconus treatment, PACK-CXL for infectious keratitis may be substantially accelerated while maintaining a high killing rate. In other words, PACK-CXL respects the Bunson-Roscoe law of reciprocity [19], where a treatment time of 150 seconds only seems to be as efficient as the initial 30 minutes protocol. This reduction may open new treatment modalities, i.e. treatment at the slit-lamp.

PACK-CXL is a new and promising alternative to treat infectious keratitis of various origin, and may be a promising alternative in the light of increasing resistance to fourth generation quinolone antibiotics. Careful protocol modifications may enhance its efficacy. A tailored treatment might become in the future an efficient alternative to standard antibiotic therapy in early cases. To test this hypothesis, the authors are currently running a prospective randomised multicentre trial, comparing the effect of PACK-CXL as a first-line treatment to current antimicrobial therapy (non-inferiority study). First results are expected for the end of 2016.

Declaration of Competing Interests: FH has been reimbursed by EMAGine AG for attending several symposia. He is the named co-inventor of PCT/Cu 2014/0000 75 and holds shares in EMAGine AG, Switzerland. 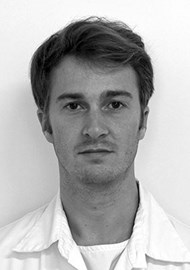 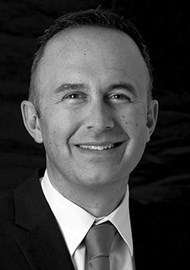