Diabetic macular oedema (DMO) is one of the leading causes of blindness; its prevalence is on the rise with progressive increase in numbers of people suffering from diabetes. The management of DMO has evolved significantly over the past few years. Laser treatment had been the mainstay of treatment of DMO for a few decades. Recently, intravitreal anti-vascular endothelial growth factors (Anti-VEGF) agents as well as corticosteroids have been adopted in the treatment of DMO.

Anti-VEGF agents have been shown to result in significant anatomical and functional improvement for eyes with centrally involved DMO (CI-DMO) as compared to macular laser photocoagulation. In addition, the effectiveness of corticosteroid treatment such as Dexamethasone (Ozurdex®; Allergan Inc, Irvine, CA), as well as Fluocinolone acetonide implants (Iluvien® Alimera Sciences Inc., Alpharetta, GA, USA) is reported in the treatment of CI-DMO.

DMO usually occurs in the context of surrounding diabetic retinopathy. Epidemiological studies reported increased prevalence of DMO with progressive retinopathy, with 38% of patients with severe non-proliferative retinopathy and 71% with proliferative retinopathy being diagnosed with DMO as well [1]. It is therefore not uncommon for patients to require treatments and interventions for both conditions simultaneously or in succession. Independent of the management of DMO, pars plana vitrectomy (PPV) is beneficial in dealing with complications of proliferative diabetic retinopathy such as non-clearing vitreous haemorrhage, retinal fibro-vascular proliferation and tractional detachment as well as vitreo macular interface abnormalities. For many of these patients though, clinicians encounter the challenge of the requirement of continuing treatment for DMO post PPV.

Initial reports on animal models reported an increase in VEGF clearance after PPV. Lee et al. assessed vitreous VEGF cavity clearance and concentration in the rabbit eye. Their results demonstrated the half-life of VEGF was 10-times shorter in rabbit eyes with PPV as compared to normal eyes. The VEGF half-life was dramatically shortened from 2.46 hours to 12.5 minutes in vitrectomised eyes [3]. This may partially explain improvements in macular thickness and posterior segment neovascularisation in some patients after PPV.

Similar results were shown in Macaque monkeys, where the aqueous VEGF concentrations decreased significantly from preoperative levels of 52.6-113.9pg/ml following combined PPV and lensectomy to a range of 20.7-72.7 pg/ml. Moreover, the mean half-life of 1.25mg intravitreally injected bevacizumab (BZB) (Avastin, Genentech, South San Francisco, CA) in the vitrectomised eyes was 1.5+/-0.6 days, a 54% decrease as compared with previous reports of BZB half-life of 2.8+/-0.6 days in non-vitrectomised eyes. Such faster clearance of BZB from the vitreous cavity after vitrectomy with or without lensectomy could be associated with higher serum levels of the agent and hence perhaps higher rate of adverse events [4].

“After day four, there were no significant differences or trends between the treatment groups.”

A further report by Christoforidis et al. compared BZB serum levels 12 days after vitrectomy, or lensectomy with non-surgical controls, following a single intravitreal injection in rabbits. Their results demonstrated that the anti-VEGF agent’s serum levels were significantly elevated two days following lensectomy compared to post-vitrectomy and non-surgical eyes. After day four, there were no significant differences or trends between the treatment groups. It was postulated that lensectomy procedure would add an anterior clearance route through the trabecular meshwork which might explain the increased BZB serum levels post lensectomy. Based on these results, clinicians were advised to consider the possibility of increased adverse systemic events in patients with previous intraocular surgery and particularly in aphakes after intravitreal anti-VEGF agents injections [5].

With the advent of newer anti-VEGF agents, similar animal studies compared the pharmacokinetic properties of intravitreally injected radioactive BZB and ranibizumab (RBZ) (Lucentis, Novartis) after PPV or lensectomy in relation to non-operated control eyes. The study utilised a novel approach with serial imaging with integrated positron emission and computed tomography (PET/CT) obtained at fixed dates post injections to calculate the agents’ half-lives. The results showed significant reduction of both agents’ half-lives after both vitrectomy or lensectomy as compared to non-operated eyes. The clearance half-lives were longer for BZB than RBZ in all studied groups. Based on the study findings, it was proposed that more frequent treatment regimens with anti-VEGF therapies might be considered for vitrectomised or aphakic patients [6].

In humans, reports have likewise been inconsistent regarding the effectiveness of anti-VEGF treatment after vitrectomy. Nagasawa et al. reported a short-term effect of BZB for DMO after PPV in 20 eyes with significant improvement of central retinal thickness (CRT) but not visual acuity after one week [10]. In contrast, in their report, Yanyali et al. demonstrated no effect of three monthly intravitreal BZB injections for DMO in vitrectomised eyes with regards to visual improvement or reduction of CRT after six months follow-up. This was hypothesised to be related to the rapid clearance of BZB and insufficient therapeutic levels of the drug in vitrectomised eyes [11].

Conversely, a better response of BZB for persistent DMO following PPV was reported in a later study of 20 patients. One month following a single BZB injection, significant reduction of CRT was noted together with improvement in letter contrast sensitivity, but not logMAR best corrected visual acuity (BCVA). As expected, these effects did not last longer than three months [12].

Recently, the results of a detailed post hoc analysis covering three year course of data including BCVA, CRT and dosing frequency has been published. The analysis utilised data on 25 vitrectomised eyes as compared to 335 non-vitrecomised eyes enrolled for the DRCR.net trial. After adjustment for potential confounding effects and differences in baseline characteristics, the study identified no significant differences between both groups at each annual visit through three years follow-up in terms of visual acuity improvement or reduction of OCT central subfield thickness. Throughout the three-years follow-up, the vitrectomised eyes did not require more injections. Nevertheless, a lag in response of macular thickness in vitrectomised eyes was noted during the early follow-up period which could be related to drug clearance. Such an observation might explain the earlier studies’ results that assessed the efficacy of anti-VEGF in operated eyes, having focused mainly on short-term observations. The reported response to treatment with slower initial improvement should be taken in consideration by clinicians while evaluating response to treatment in vitrectomised eyes [13].

Over the last few years, further alternative treatment modalities have been adopted for DMO, such as the intravitreal Dexamethasone 0.7mg implant (Ozurdex) as approved by National Institute for Health and Care Excellence (NICE) in pseudophakic patients. Unlike anti-VEGF agents, the implant provides sustained drug release and is believed to suffer less from increased drug clearance in vitrectomised eyes, and as such, its effect has been the subject of study in these cases. In a prospective multi-centre study of 55 patients, a significant reduction of CRT (-156µm) as well as an increase of BCVA of +6 letters and +3 letters at eight and 26 weeks from baseline levels was observed.

The results of clinical trials of the Ozurdex implants in vitrectomised eyes are backed up by earlier studies in rabbits. High steroid concentrations were maintained for a month in the vitreous and retina of both operated and non-operated eyes with no statistical difference for either tissue at any time point between both groups thus suggesting similar dissolution rates for the biodegradable poly-lactic acid implant. Obviously, differences between human and rabbit eyes should be taken into account when applying the results in clinical practice; nevertheless the results are relevant in supporting previous clinical findings [16].

Moreover, the development of an intravitreal non biodegradable polyimide steroid micro-implant containing the corticosteroid fluocinolone acetonide (FAc; Iluvien) has offered a new option for visual impairment in patients secondary to DMO and considered insufficiently responsive to other available therapies. In the sub-analysis of FAME trial, 34% of patients with chronic DMO achieved a BCVA gain of ≥15 letters [17]. However, vitrectomised eyes were not included in the study. There are emerging real-life reports of the use of the micro-implant in these difficult cases with persistent post PPV DMO. In a recently published retrospective case series of 22 pseudophakic patients treated with fluocinolone acetonide, sub-analysis of five vitrectomised eyes revealed a BCVA improvement of 7.2 letters (range 0 to 14) with mean CRT reduction of 176.8µm (range -714 to 318). Four of five eyes showed both reduction in CRT with correlated improvement of BCVA. In one case, the CRT reduction was not associated with BCVA improvement [18].

The clinical efficacy and safety of the drug have been also reported in two case reports of vitrectomised eyes with persistent DMO with both cases showing a desirable anatomical outcome. In one case, the authors have suggested that vitrectomy seemed to have enhanced the performance of the implant in-situ and achieved complete DMO resolution [19]. In a recently presented series of 20 post PPV eyes of 18 patients treated with Iluvien, a mean change of BCVA of +9 ETDRS letters (range -6 to +27) as well as mean reduction of CRT by -224µm (-595 to +126) were reported after a mean follow-up period of 201 days (range: 45 to 367 days) (SFO Paris 2016). Further real-life data of Iluvien in vitrectomised eyes with comparable clinical outcomes are awaited with interest. The author’s experience with the drug so far is in-keeping with published cases (Figure 1).

There is mounting evidence regarding treatment options of DMO post vitrectomy. Drug clearance has been shown to increase after vitrectomy with shortening of half-lives, raising concerns over the effect of available intravitreally injected therapies. Initial results of animal studies for anti-VEGF agents were inconsistent, while further results from human clinical trials were better yet with their own limitations. The clinical trials to date have been small, non randomised and retrospective, and larger prospective patients cohorts are needed to confirm the drugs’ efficacy in this clinical setting. Potentially more favourable results are emerging for the use of intravitreal steroids implants. The slow release biodegradable implants seem to be less affected by the vitrectomised state of the eye and visual and retinal thickness improvements have been reported. It is important for clinicians to consider these findings and take them into account when planning drug dosing and regimes for the treatment of DMO in vitrectomised eyes. Special attention to the rate and duration of response of different agents is needed to plan appropriate clinical monitoring intervals and achieve timely delivery of treatment for such difficult cases. 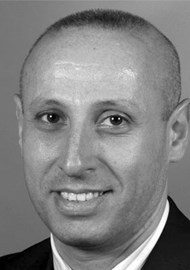