It’s not all about ARED - Time for a pragmatic approach to nutrition for eye health?
By Christine Purslow

Advances in treatment for retinal diseases involving neovascularisation have undoubtedly changed the future of eye care across the UK for the better, but also created great challenges for service delivery in ophthalmology, particularly within the NHS.

Some statistics are starting to look alarmingly familiar: there were 6.8 million ophthalmology appointments in 2011/12, the equivalent of 8.9% of all outpatient hospital attendances that year [1]. The number of people in the UK living with a diagnosis of eye disease is set to increase in line with an ageing population, and this increase will be seen across all principle causes of sight loss. For the period 2010-2015, it was estimated that diagnoses of age-related macular degeneration (AMD) would double to almost 890,000 people, cataract would increase by 140% from 254,357 to over 605,000 people, and glaucoma will double from 98,368 to over 200,000 people [2].

In 2014, a senior figure in the health service described the challenges arising from chronic medical conditions as “the healthcare equivalent to climate change” [3]. Self-care or self-management is a concept with increasing popularity amongst those planning healthcare services across both primary and secondary care [4].

This leads to the topic of nutritional supplementation for eye health, a sometimes controversial subject amongst eye care professionals. The principle behind this idea is that the retina (in particular the retinal pigment epithelium) is particularly prone to oxidative stress – the imbalance between free radical production and antioxidants, resulting in inflammation. Oxidative stress is considered to be one of the principle mechanisms for AMD [5]. Nutrients such as lutein and zeaxanthin, and vitamins B, C, E and D and omega 3 fatty acids possess antioxidant and anti-inflammatory properties, hence the links being made between AMD and dietary intake. As a clinical academic, I realise the importance to strive for robust ‘level 1’ evidence to drive all improvements in eye care, but I also recognise the challenge of generating such robust evidence in the area of nutrition and dietary interventions.

The expense of the traditional gold standard of a large scale randomised controlled trial, with suitable intervention and follow-up period, is prohibitive, and can be prone to bias where health-conscious people tend to respond to recruitment. This can produce insignificant results, and perhaps less useful conclusions for clinical management in the general population. The alternative is the observational or epidemiological study where large samples are plentiful, but mostly rely on food diaries, and may not always match the ethnic and genetic profile of a UK society.

Another ‘obstacle’ to evidence-based recommendation arises from the nutritional supplement industry itself: non-prescription dietary or nutritional supplements are classed as ‘foods’, and as such simply have to be proved safe and presented accurately to be sold in the UK; they cannot make therapeutic claims. Often the key ingredients in such products may have some robust evidence behind them but the combined product may or may not, depending on its heritage. Suppliers range from leading ophthalmic pharmaceutical companies who invest in research to demonstrate benefit, to wholesalers and distributors whose primary concern might be margin and consumer promotion. Guidance about allowable claims for any benefits for particular nutrients, like zinc or vitamin A for example, is provided by the European Food Standards Agency (EFSA).

With this in mind, the Age-Related Eye Disease Study (AREDS) results have received the most attention: they are large and noteworthy for their study design and aims, but what is not always recalled accurately is that the positive indications for nutritional supplementation are limited to a particular patient group. The AREDS results provide evidence that risk of progression in moderate, high risk AMD to the severe form of AMD can be reduced by up to 25% when taking a combination of high-dose antioxidants and zinc. The AREDS formula showed no beneficial effect for any other stage of AMD [6].

In fact, whilst much criticism has been levelled at supplements on sale that do not match the formula used in AREDS or AREDS2 [7], there is simply no evidence to show that an AREDS-type formula will benefit everyone else who may be simply concerned with eye health, or have forms of eye disease. Other, more general criticism has been levelled at AREDS and AREDS2 for the inclusion of mostly highly educated and well-nourished Caucasian individuals [8]. The AREDS and AREDS2 formulas also contained particularly high doses of vitamin E and zinc: such high dose formulas are controversial amongst many scientists and healthcare professionals, referring to a ‘U-shaped response curve’ where very low or very high blood levels of a nutrient are thought to be harmful but more moderate levels are beneficial.

Indeed, the dose of zinc was shown in the AREDS trial to lead to increased hospital admissions secondary to urinary tract infections. Some evidence suggests that high dose vitamin E may have long-term effects on prostate cancer risk [9]. So, where does this leave us with regard to dietary advice and eye health? It is beyond the scope of this article to provide a comprehensive review, but perhaps it’s worth bearing in mind a pragmatic approach that considers certain groups of patients who might be considered at risk of eye disease.

Smoking exposes an individual to free radicals and promotes their production, significantly increasing the risk of many diseases, including AMD. It seems the effects of smoking on AMD risk are far-reaching: stopping smoking certainly reduces the risk, but the risk in those who have not smoked becomes comparable to non-smokers after 20 years [10]. Sensible advice to smokers and recent ex-smokers would be to make sure their intake of anti-oxidants in the form of certain vitamins and minerals is considered carefully in order to combat the likely oxidative stress. However, they should not take supplements containing beta-carotene [11].

To date the strongest evidence here comes from epidemiological studies that suggest eating less red meat [12] and more oily fish [13] reduces the risk of developing AMD. The difference in risk between eating at least four servings per week compared to three servings per month was 35% [13]. Another study has shown that one serving of fish per week is linked to a reduced risk of early AMD 10 years later [14]. There is increasing interest in vitamin D status and risk of AMD with some results suggesting that the odds of AMD are highest in those with deficient AMD status [15].

Patients with no signs of AMD but a family history

Relatives accompanying a patient with AMD in outpatients frequently seek the answer to this scenario. The Rotterdam study [16] followed over 2000 patients at high genetic risk for AMD, for a median follow-up of 8.6 years. Higher (but not excessive) dietary intake of nutrients with antioxidant properties (including omega 3 fatty acids) reduced the risk of early AMD. A more recent study [17] has expanded this data to show that protection against AMD from greater lutein and zeaxanthin intake is evident in those at genetic risk.

In summary, it is undisputed that a healthy balanced diet alongside exercise should always be at the front line of self-care, but processed foods and calorie control can make this difficult in reality. Taking a pragmatic approach on behalf of patients may be more helpful in the longer term until more evidence is forthcoming [18]. Whilst much of the current evidence focuses on the progression in AMD, perhaps we should be acting sooner to advise patients about the links between eye health and diet as much as possible before they develop the disease. 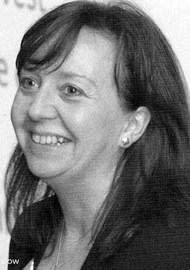