Is lens constant optimisation for IOLMaster indispensable in order to achieve a good refractive outcome?
By Ritu Chaturvedi and Khalid Ikram

A study of refractive outcomes following cataract surgery was carried out with the aim of comparing the postoperative refractive outcomes against Royal College of Ophthalmologists standards and to determine the extent of association between accuracy of intraocular lens (IOL) power calculations and the type of lens constant used.

Our study included 100 consecutive patients (monocular eyes) who underwent uneventful phacoemulsification cataract surgery with in-the-bag placement of the IOL by a single consultant-led team, in whom biometry had been performed using the IOLMaster partial coherence interferometry (PCI) device.

The data was collected retrospectively and analysed for two types of IOL (Akreos FIT and Adapt-AO). The formulae used were either Hoffer Q [axial length (AL) <22mm] or SRK-T (AL >22mm). Highly myopic patients (AL >27mm) were not included due to non-availability of desired lens power in the study lens type.

“Optimising IOL constants during biometry can reduce the need for surgeons to modify lens power selection at the time of surgery.”

Postoperative refractive outcome (spherical equivalent (SER)) was then calculated. This was compared with the predicted refractive outcome using both manufacturers and optimised IOL constants. Optimised lens constants for the calculation of IOL power with the IOLMaster are published by the User Group for Laser Interference Biometry (ULIB) on its website. These constants are based on actual surgical data. The standard used for comparison was the percentage of cases achieving SER within +/-0.5D and +/-1D of the desired target [1].

Our routine practice has been to select a lens power predicting a more myopic target than ultimately desired due to our previous observation of refractive results showing a tendency towards a more hyperopic outcome. Published literature has shown that optimising IOL constants substantially improves refractive outcomes, far exceeding any additional benefit of personalising IOL constants for individual surgeons [2].

In our study, 77% of the patients achieved a refractive outcome within ±0.5D of the desired target and 93% were within ±1D using manufacturers A-constants. The average postoperative deviation from refractive target was +0.17 (Range: +1.25 to -1.5D). This was in line with published literature (Table 1).

Retrospective analysis of biometry calculations revealed that in 76% of cases the ULIB optimised lens power for emmetropia correlated with the myopic lens power chosen by us. The mean absolute error for our patients was 0.57. This improved to 0.50 (based on hypothetical prediction errors) with the use of optimised lens constants. Thus our team obtained an optimisation effect similar to adjusting the A-constant by careful selection of lens, based on previous refractive outcome experience.

In conclusion, optimising IOL constants during biometry can reduce the need for surgeons to modify lens power selection at the time of surgery but good refractive outcome is still achievable, irrespective of the type of lens constant used, as long as surgeons have detailed knowledge of their own prior cataract surgery refractive outcomes. 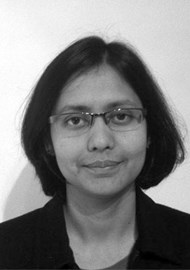 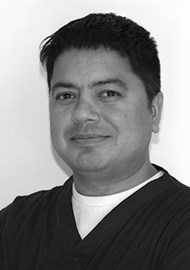