Following on from our recent online survey*, the authors examine the use of intracameral cefuroxime as the standard of care in cataract surgery.

Cataract extraction with intraocular lens implantation is one of the most frequently performed surgical procedures in the world. Fortunately, most patients experience uncomplicated recovery and visual improvement. One of the most feared complications in cataract surgery remains endophthalmitis, which can result in devastating vision loss, and there has been recent attention into prophylactic administration of antibiotics.

Peri-operative intracameral cefuroxime (ICC) use for prophylaxis of endophthalmitis has been widely accepted following a multi-centre, randomised control study undertaken by the European Society of Cataract and Refractive Surgeons (ESCRS) in 2007 [1]. In this study, the absence of an ICC prophylactic regimen at 1mg in 0.1ml normal saline was associated with 4.92-fold increase in the risk of postoperative endophthalmitis. The most recent guideline from the National Institute for Health and Care Excellence (NICE) recommends using ICC to prevent endophthalmitis, also adopted by the Royal College of Ophthalmologists (RCOphth) [2]. It is therefore not surprising to find that in many hospitals, ICC is routinely used as the standard of care in cataract surgery (92% as demonstrated in the recent survey performed by Eye News).

Despite the well-recognised benefits of ICC, concerns regarding the risks associated with this intervention remain. Retinal toxicity after intracameral antibiotics is unusual and thought to be dose-related [3,4]. Studies have found ocular toxicity in patients receiving high doses of ICC (40-70mg), presenting with structural and functional damage, including macular infarction, leading to permanent loss of vision, demonstrated on fundus fluorescein angiography [5,6]. In addition, excessive ICC may cause macular oedema, anterior and posterior segment inflammation, uveitis and a decrease in long-term retinal function [6]. A recent article in Journal of Cataract & Refractive Surgery (JCRS) [7] found evidence of retinal toxicity even with a ‘correct’ dose of 1mg intracameral cefuroxime, but this again was a diluted drug and the authors concede that they have no way of knowing in retrospect whether the ‘correct’ dose was actually administered by the surgeon (it is assumed and 20 cases arising out of a single centre in a 15-month period seems very high, though no information was given on the numbers of cataract procedures undertaken in the same time period).

A single-use vial containing 50mg of cefuroxime has been approved in the European Union for intracameral use. There are two licensed versions, Aprokam® (Thea Pharmaceuticals) and Ximaract® (Bausch & Lomb, no longer marketed in the UK), both available as 50mg powder and diluent solution for injection. Also used are unlicensed prefilled syringes, of which some are compliant with British Pharmacopoeia monograph for cefuroxime for intracameral use and meet strict osmolarity range stipulations. However, when ICC is made in theatre it requires staff to dilute the cefuroxime from 250mg intravenous vials in two steps, which can result in inadvertent overdose of the drug, typically through compounding errors. It is therefore recommended that those using a non-licensed product, should check the summary of product characteristics (SmPC) and avoid use of any product which cautions against intraocular use.

The recent Eye News survey revealed that over 80% of respondents give ICC in penicillin-allergic patients without anaphylaxis, and almost a third still do so even in those with anaphylaxis. Though cross-reactivity between first generation cephalosporins and penicillin was estimated as approximately 1-10%, meta-analyses have demonstrated cross-reactivity between penicillins and third- and fourth-generation cephalosporins as negligible. It is generally considered safe to administer cephalosporin with a side chain that is structurally dissimilar to that of penicillin, such as cefuroxime [8]. It should be noted that the ESCRS study excluded patients with a penicillin or cephalosporin allergy [1]. However, subsequent large, longitudinal observational studies have shown that ICC is well tolerated in patients with reported penicillin allergies [9].

According to the survey, for those who did not use cefuroxime, the most popular alternative was subconjunctival gentamicin (77.1%), followed by intracameral vancomycin (11.4%). Although rare, gentamicin has also been associated with macular infarction in intraocular surgery [10] and is generally known to be much more retinotoxic than other comparable antibiotics [11]. Comparable effects to ICC have been demonstrated in vancomycin, in terms of macular thickness changes and final visual acuity [12], although a delayed immune response to vancomycin has been associated with severe haemorrhagic occlusive retinal vasculitis (HORV). Authors from this study recommend weighing the potential risk of HORV associated with vancomycin against the risk of endophthalmitis, and to reconsider using the drug particularly in close sequential bilateral cataract surgery due to delayed onset and varied clinical presentation [13].

So whilst the use of ‘alternative’ antibiotics, particularly in those deemed allergic to penicillin, may pass the Bolam test (a reasonable body of medical opinion would support their clinical decision), the question arises as to whether its use would also pass the ‘Bolitho’ principle (for a defence of clinical practice as non-negligent, it must also pass logical analysis). More recently, Melega et al. published a prospective, randomised trial to evaluate the safety and efficacy of intracameral moxifloxacin (0.5%) in 3640 eyes. The incidence of endophthalmitis (0.05%) was comparable to cefuroxime with no ocular or systemic safety concerns reported [14].

Use of intracameral antibiotics is an emerging standard of care, and strict attention must be taken, especially when off-label preparations of cefuroxime are used. In places where commercial preparations of ICC are not available, clear dilution protocols should be available in theatre during cataract surgery to avoid compounding errors. ICC during cataract surgery in the incorrect dose can have adverse effects, which can rarely lead to irreversible loss of vision and permanent structural damage. There is currently no conclusive evidence that in the correct dose it is toxic and good evidence to suggest it is well tolerated in those both non-allergic and allergic to penicillin and significantly reduces the incidence of endophthalmitis.

*The survey referenced was undertaken among the Eye News readership in April 2019.
You can read a breakdown of the results here 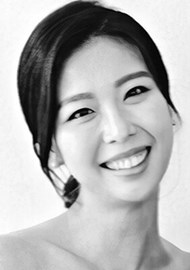 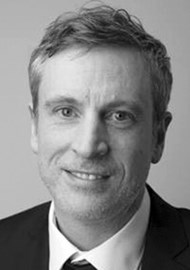