Before David Chang MD from the University of California found out about intraoperative floppy iris syndrome (IFIS), ophthalmologists were mystified each time they came across cataract surgeries that were characterised by sudden intraoperative iris prolapse and pupil constriction. The biggest predicament being that an ophthalmologist is not likely to anticipate such challenges so an encounter with IFIS during a procedure can only disrupt the process and ultimately disadvantage the quality of care provided.

Fortunately, David Chang MD discovered the association between alpha-1-antagonist and this syndrome. It was ultimately named IFIS. IFIS can significantly increase the probability of complications post-surgery particularly if not recognised, understood and anticipated. The complications include sight-threatening phenomena such as severe iris defects, which are associated with permanent pupil deformity, glare and photophobia.

The average score for the first audit in May was 10.59, while the average score for the re-audit in August, which successfully completed the audit cycle, was 12.46. In order to increase awareness among healthcare professionals in general, a list of drugs associated with IFIS was displayed within all clinical rooms in Stobhill Hospital, Gartnavel Hospital and Glasgow Royal Infirmary.

It should, however, be noted, Tamsulosin was well recognised by all the ophthalmologists who were audited. Tamsulosin continues to be the major cause of IFIS and it was gratifying to see this being well appreciated. In July 2008, the two largest global ophthalmology organisations, the ASCRS and the American Academy of Ophthalmology issued a joint IFIS education update statement asking prescribing physicians to consider involving an ophthalmologist before initiating an alpha-1- antagonist in patients with known cataracts. Physicians should also remind patients already taking these drugs to report this medication history before having any eye surgery.

“IFIS can significantly increase the probability of complications post-surgery particularly if not recognised, understood and anticipated.”

A quick search on the Royal Pharmaceutical Society website showed that IFIS was mentioned under ‘special warnings / precautions’ for prescribing Tamsulosin. However, this was not always the case for the other drugs listed here.

In conclusion, although the awareness of drugs that cause IFIS appears to be good, there will always be room for improvement. In my opinion, an online method should be created to flag up any drug that may cause IFIS which might be on the patient’s list of medication. This would enable the ophthalmologist to be fully prepared. However, this would require the collaborative effort of all healthcare professionals including general practitioners, physicians (who prescribe Tamsulosin for benign prostate hyperplasia) and ophthalmologists.

The list of drugs associated with intraoperative floppy iris syndrome:

The author would like to thank all participants, patients and staff members at Stobhill Hospital, and especially Mr Donald Montgomery for his guidance on this audit. 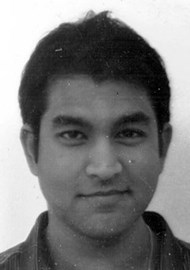