Globes in space: What would happen to our globes on the globe of Mars?
By Katherine McVeigh and Tomas Burke

Many films have been made regarding life on alternative planets. With the Mars One mission approaching in 2023, there are high expectations regarding future interplanetary travel. The authors provide an ophthalmology perspective on what could happen to our eyes if exposed to the atmosphere of Mars.

In 1990, Arnold Schwarzenegger starred in Total Recall [1], a film where he finds himself on Mars. Damage to his spacesuit and subsequent exposure to the environment on Mars results in excessive bodily swelling, along with extensive proptosis whereby the globes extend anteriorly beyond the eyelids as his optic nerves are undoubtedly stretched to their maximal capacity. From an ophthalmological perspective, the interpretation of the impact of atmospheric exposure is intriguing. With the anticipated Mars One mission launch in 2023 aiming to establish a habitable settlement in a hostile environment, we ask if what happened is an accurate depiction of what could be expected to happen to us and our ophthalmic globes on that other globe? 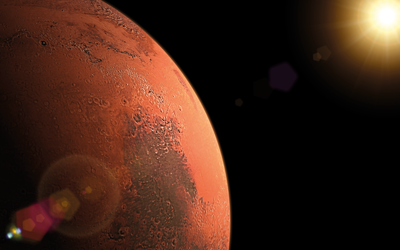 The atmosphere on Mars has an O2 level of 0.13% and CO2 level of 95%, and is very thin, approximately 1% of that on Earth at sea level [2]. This is believed to be a result of the loss of the magnetosphere four billion years ago [3]. The average pressure on Earth is 101,300 pascal (Pa), compared with an average of 600Pa on Mars (range 400 – 870 Pa2). The pressure in outer space is essentially non-existent, therefore being interpreted as a vacuum with a pressure of 1.322 x 10 Pa-11[4]. Therefore, sudden exposure to the atmosphere on Mars, which is more similar to space than Earth, is equivalent to being catapulted to what would be 35 miles above Earth’s surface [5]. Any internal gas would expand rapidly in an attempt to decompress.

Such a low atmospheric pressure also results in water that will boil at the normal body temperature – a phenomenon physicists refer to as the ‘Armstrong limit’. The North American Space Agency (NASA) has reported that the atmospheric pressure on Mars is less than that of the Armstrong limit, meaning that exposure to the environment would result in a prompt and severe dehydration from the mucosal surfaces [5]. The body will therefore swell extensively with the evolution of water vapour, which diffuses into the tissues and leads to air embolisms within the circulation [6]. There would be concurrent rapid cooling of the mucosal surfaces due to the super-Baltic -46°C2 Martian environment but nonetheless continual evaporation of bodily fluid into the arid atmosphere [7].

We hypothesise that in the majority of cases, the decompression of the intraorbital gas would result in a rapid onset bilateral pneumatic orbital compartment syndrome (OCS), whereby the lids would maintain the globes within their orbit but under intense pressures from the gas expansion. The medial and lateral canthal tendons should prevent avulsion of the eyelids under pressure.

Tense oedematous soft tissue swelling of the lids will then make it challenging to open the lids. Rapid cooling of the eyelids and mucosal surfaces will increase the tissue rigidity and help prevent the globes from further proptosis, but with the continued decompression of intraorbital gas, this would most likely create a bilateral pneumatic OCS. Although the extraocular muscles and optic nerve attachments would likely prevent amputation of the globe, the tension applied on the globe could cause a conical tenting of the globe posteriorly due to the expansion of intraorbital air and anterior displacement of the globe. The pressure could also paradoxically flatten the posterior globe if the globe is firmly restricted from anterior movement by the lids whilst still being compressed posteriorly by expanding gas. Both scenarios would result in a severe increase in intraocular pressure, associated pain and ischaemia within 90 seconds.

Theoretically, attempting to hold ones breath would likely result in an explosive decompression event with an even greater propulsive effect of expanding intraorbital air and potential avulsion of the canthal tendons, which could push the globe out of orbit.

If it were plausible to administer treatment, this would entail performing an urgent canthotomy and cantholysis of the lateral canthal tendons to relieve the intraorbital pressure. This is the treatment for all cases of OCS regardless of the causative mechanism.

In reality, given the severity of the situation if exposed to the Martian environment, the theoretical impact on the globes is overshadowed by the rapidly impending doom of decompression, dehydration, freezing and suffocating. Venous pressure will rise, then bradycardia and arterial hypotension will develop over 30-60 seconds until venous pressure marries arterial pressure at approximately 60 seconds when loss of effective circulation will occur [8]. Perhaps thankfully, consciousness would only prevail for 9-11 seconds before paralysis, generalised convulsions and expiration occur [8]. 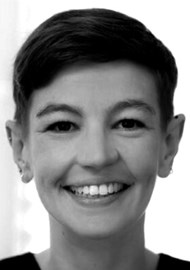 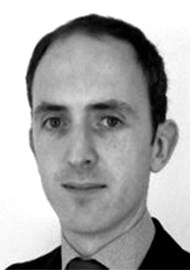