Cerebral visual impairment is common in both adults and children, yet the diagnosis can easily be missed unless one is tuned into the presenting features. This article provides a succinct introduction to this important topic.

Vision is miraculous. Throughout our waking lives, our minds create a dynamic pictorial emulation of our surroundings that coincides with external reality.

Returning a tennis serve seems mundane. But is it? The server is recognised. The surrounding scene is suppressed to give focus, and a dynamic mental image, co-located with the server’s flowing posture and location, is created in real time. This mental imagery is ‘grounded’ through tactile and proprioceptive input from the observer’s feet and legs. Labyrinthine input integrated with the observer’s visual horizon ensures balance. Subconscious cerebellar timing synchronises the observer’s movements to match the path of the ball. The ball’s vector is plotted in real time, with each successive element of the flowing image replacing the last one. Predictive anticipation, and visual guidance of movement, combine to bring about instantaneous co-location of the racket centre and the approaching ball, and the serve is returned. Perfect spatio-temporal matching of the player’s mental visual emulation of the scene, with external reality, ensures success.

Functional vision involves all these processes and more. Cerebral visual impairment can lead to disorder of any of these facilities in any combination, to any degree and at any age.

What is cerebral visual impairment?

Cerebral visual impairment can be considered a ‘verifiable visual dysfunction, which cannot be attributed to disorders of the anterior visual pathways or any potentially co-occurring ocular impairment’ [1].

What are the common outcomes of visual brain injury or dysfunction in adults and children?

Current knowledge of how brain injury affects the remarkable process of vision is founded on in-depth analysis of the visual, perceptual and visuomotor outcomes of mapped focal brain lesions [2].

Careful plotting of penetrating brain injuries and the resulting unique visual field deficits in multiple First World War victims, today allows us to accurately localise visual pathway and occipital lobe pathology from the resulting patterns of visual field loss [3]. This seminal work also showed that bilateral posterior parietal pathology causes narrowing of the field of attentional vision, sometimes with loss of perception of movement [4,5], a phenomenon exacerbated by clutter, crowds, excess noise, and stress, profoundly limiting visual search owing to an inability to perceive more than one or two items at once (or simultanagnosia). This is accompanied by impairment of visual guidance of body and limb movement (even despite intact stereopsis), often accompanied by impaired perception of movement. The eyes cannot move to look at specified items that cannot be given visual attention, and this likely explains the associated apraxia of gaze. This cluster of findings is called Balínt syndrome when severe, and dorsal stream dysfunction when less profound [6,7]. 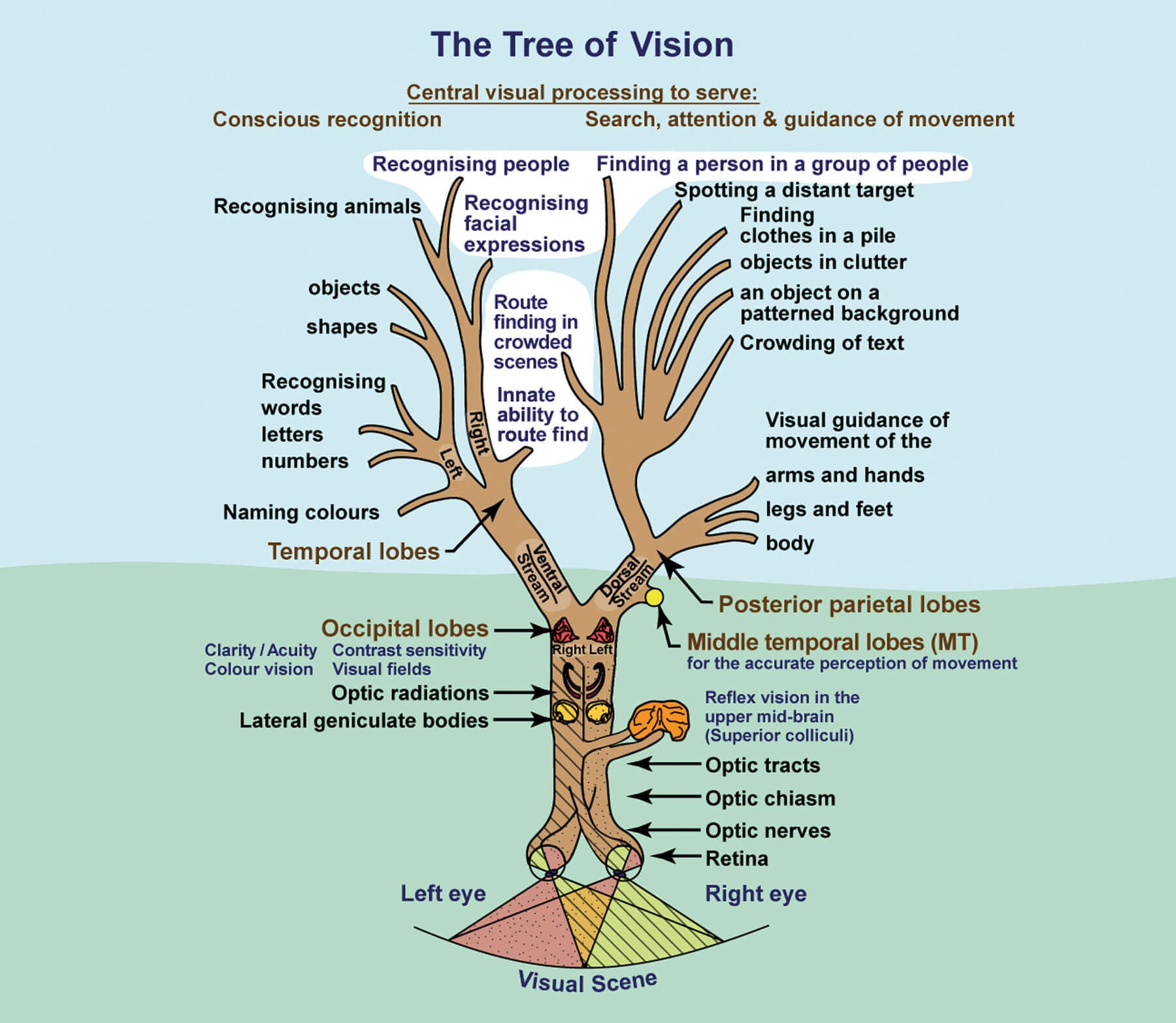 Figure 1: Stylised illustration of the visual pathways and their functions.
(A black and white version of this image is published in: Lueck A, Dutton GN.
Vision and the Brain: Understanding Cerebral Visual Impairment in Children, New York, USA; AFB Press; 2015 )

Conceptually, the posterior parietal lobes, which are connected to the occipital lobes by the functional pathway called the dorsal stream (anatomically called the superior longitudinal fasciculus) (Figure 1), non-consciously create a real time three-dimensional emulation of our surroundings with fine ‘voxelation’ (a voxel is a volumetric pixel) in the centre, and coarser ‘voxelation’ to the side. Unlike the occipital emulation, which is mapped to the position of the head and eyes, this non-conscious mental visual emulation is mapped to the position of the body, co-locating to the dynamic moving nature of our surroundings, thus enabling accurate visually guided movement and visual search. The two posterior parietal lobes differ in function. Right posterior parietal brain injury can cause complete lack of visual attention to the left of the midline of the body, as well as a degree of reduced visual attention to the right [8]. Unlike left hemianopia, which is compensated for by a head and eye turn to the left, left hemi-inattention requires a body turn. Left posterior parietal lobe injury tends to lead to more subtle difficulties with visual attention to the right, like inability to draw accurately on the right side of the page.

“At the point of identification of CVI, our clinical role changes from being medical, to one of teaching and rehabilitation”

Bilateral injury to the middle temporal lobes, just anterior to the occipital lobes, consistently causes inability or disability seeing moving targets, known as akinetopsia and dyskinetopsia respectively [2,9]. Conversely, infarction of both occipital lobes that spares the middle temporal lobes can result in the reverse - the ability to see moving but not static targets. This persisting visual function tends to be non-conscious. Yet for some, it can enable locomotion, because during movement, the surroundings move reciprocally, and visual guidance of movement is a posterior parietal function. For those who are visually aware of  the movement, this is called the Riddoch phenomenon [10]. While for those only able to guess with greater accuracy than chance that movement has taken place, this is called blindsight [11,12]. Retained ability to recognise emotion conveyed by facial expression, despite cerebral blindness, is called affective blindsight, perhaps because this is a superior collicular visual function dating from infancy [13]. Evidence of blindsight, or the Riddoch phenomenon, should always be sought in those with heminanopia or bilateral occipital lobe infarction, because these facilities can guide movement once the patient recognises and understands their remaining vision and how to best use it [10].

Visual brain injury can also cause illusions and hallucinations. The illusion of persistence or trailing of images once gaze has been shifted to something else is called palinopsia [2]. As with macular degeneration, loss of visual input through visual pathway lesions can lead to a ‘release’ of stored temporal lobe imagery to consciousness (the Charles Bonnet syndrome), while persisting unformed visual hallucinations can indicate visual brain seizure activity [14].

Acquired visual brain injury, whether focal, multifocal, or widespread in both children and adults leads to a wide variety of patterns of visual disturbance. While perinatal visual brain anomaly, dysfunction or injury can cause a spectrum of similar visual disturbances, the differences are that affected children (who of course become affected adults) ‘know’ their vision to be their ‘normal’, as they have not known anything different. Those with acquired CVI retain skills learnt through vision and require rehabilitation, but those with early-onset CVI do not have this advantage and need habilitation.

How can we identify those affected?

In children, CVI has become the commonest cause of visual impairment in industrialised countries, and is common in developing nations, with premature birth, hypoxia, ischaemia, and neonatal hypoglycaemia being the principal aetiologies [15,16]. It likely affects over 3% of mainstream school children. In adults, head injury, stroke, and dementia are major causes.

Suspicion of CVI is triggered by knowledge of the specific presenting features, leading to corroboration then confirmation. Profound lack of vision despite normal refraction and eye examination leads to suspicion of bilateral visual brain pathology. For less severe visual and perceptual difficulties, informed, structured history taking from both the patient and a witness such as a spouse, and for children, their parents, elicits the typical resulting visual difficulties and behaviours [17] (Table 1). 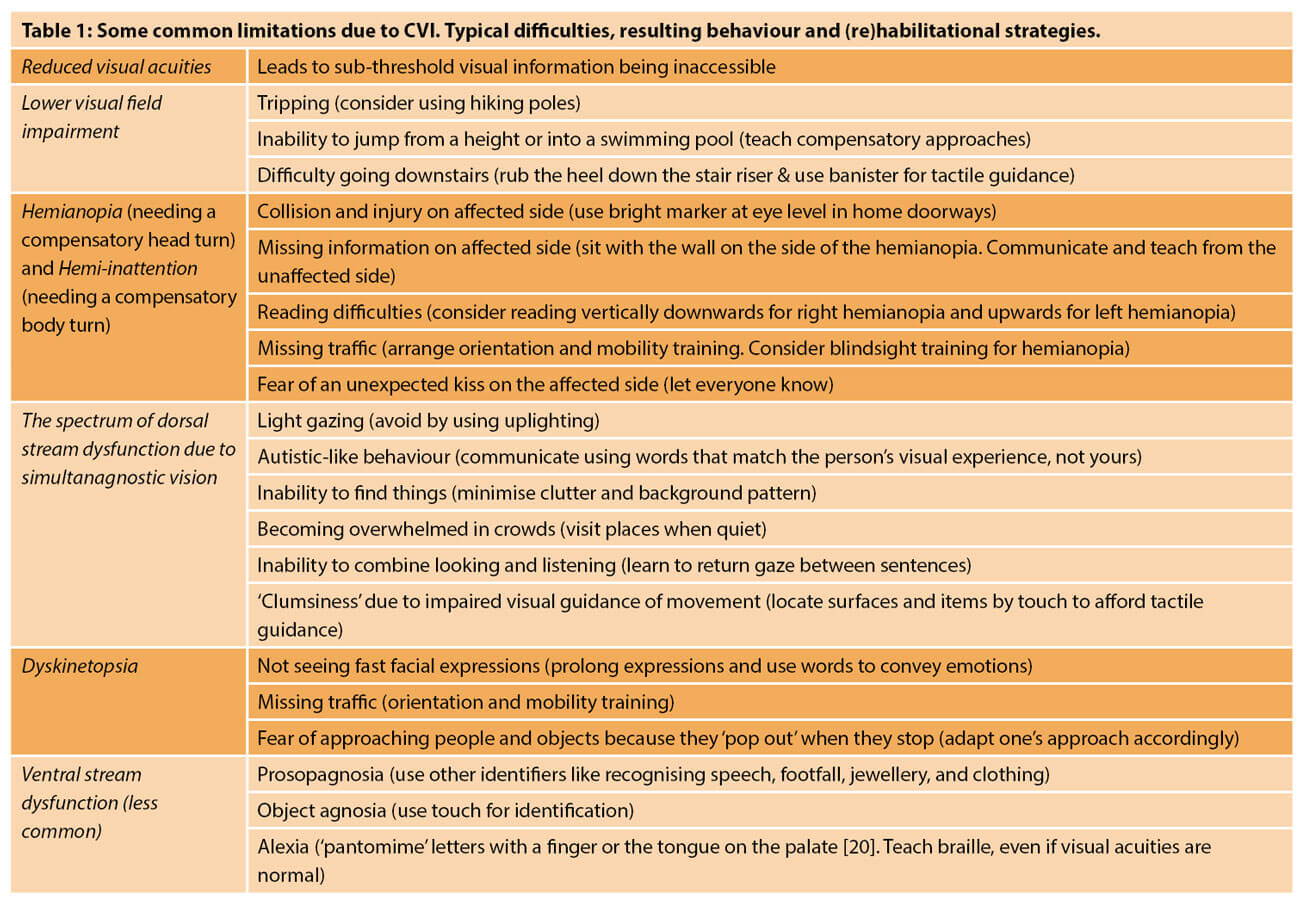 Reduced binocular visual acuity and / or contrast sensitivity with constrained visual fields are frequently but not always present. Those affected early in development adapt their behaviour and actions to make best use of their limited vision, or react when their capacity to cope is overwhelmed; or, expected reactions are absent when things are not seen. Bilateral posterior parietal pathology is common in children, especially those born prematurely. The resulting lower visual field impairment can extend up to the horizontal midline, impairing hand-eye coordination in the lower visual field, or simply prevent the ground just ahead from being seen. Tripping, reluctance to jump from a height, difficulty going down stairs, and missing the bottom of a page, are typical. Inability to see many items at once owing to limited visual parallel processing leads to difficulty finding a person in a group, a toy in a toy-box, clothes in a pile, items amongst clutter, or against a patterned background. Concomitant inaccurate visual guidance of limb movement (optic ataxia) impairs dexterity. Additional dyskinetopsia can mean that rapid events, like transient smiles, are missed. Visual clutter and crowds can be overwhelming, while rapidly approaching people or objects can startle and upset. ‘CVI meltdowns’, when those affected can no longer cope as vision closes in owing to being overwhelmed, are commonly described.

In adults with multiple sclerosis, the same types of difficulty can be evident, especially with posterior cortical atrophy, presenting with progressive loss of ability to find things.

Salient clinical examination, visual electrophysiology, and brain imaging (which is specific but not sensitive because it may show no visual pathway abnormalities) where indicated, cement the diagnosis [18].

Why do we need to identify and characterise cerebral visual impairment?

Vision affords protection. It enables access to information, social interaction and guides limb and body movement; all functions that optimise learning, give independence, and enhance enjoyment of life. When vision and perception are impaired, these purposes are compromised. Profiling each individual’s difficulties, explaining their origins and devising specific strategies to best compensate for their CVIs makes an enormous difference to people’s lives. Simply, the realisation that ‘difficult behaviours’ are explicable by anomalous vision and perception, and the understanding gained from explanation, brings great relief. Learning how to deal with the visual consequences of cerebral visual impairment is life-changing for children and adults alike [18].

Are there any online resources?

The software ‘Insight’ facilitates parental history taking, and provides matched sets of habilitational strategies to meet the specific needs of the child, which can be gradually introduced. This can be accessed on:

This website includes a wide range of resources for professionals, families and patients with CVI. It can be found on https://cviscotland.org

CVI affects many children with cerebral palsy, and many in special schools. Premature birth is a common association. Even in mainstream education it has been estimated that over 3% of all children are affected to a degree [19]. This is a major challenge that needs to be met.

In adults, many with stroke or dementia develop visual and perceptual difficulties that need to be sought, suspected (from the typical symptoms or behaviours) (Table 1), identified and addressed. Moreover, there are many adults whose childhood-onset CVI has yet to be identified and acted upon.

An effective way to meet these challenges is to establish local teams of enthusiastic key professionals to provide visual assessment clinics. Just as patients are listed for surgery, a system of ‘listing’ those suspected as having CVI, for in-depth assessment and optimal management, is very much needed, recognising that at the point of diagnosis of CVI, our clinical role changes from being medical, to one of teaching and rehabilitation.


Declaration of competing interests: None declared. 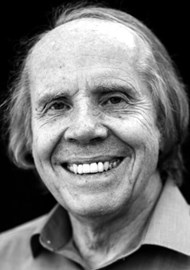