Best way to detect glaucoma progression: by reflecting on the past 25 years
By Leon Au and Cecilia Fenerty

Glaucoma – a condition of optic neuropathy leading to progressive visual field loss often associated with raised intraocular pressure. It is fair to say that our definition for this condition has remained unchanged over the last 25 years and the treatment principle continues to surround lowering of intraocular pressure (IOP). The way we go about achieving that, however, has transformed over the last quarter of a century!

If you were found to be a glaucoma suspect 25 years ago in the UK, your optometrist would refer you to the local hospital eye service (HES) where you’d be assessed by an ophthalmologist, whose special interest may or may not be glaucoma. In fact, glaucoma was mostly managed in general ophthalmic clinics and glaucoma subspecialist clinics existed in the minority. As the demand for glaucoma care in the secondary setting increased, a different way of working was needed and the concept of shared-care was born. 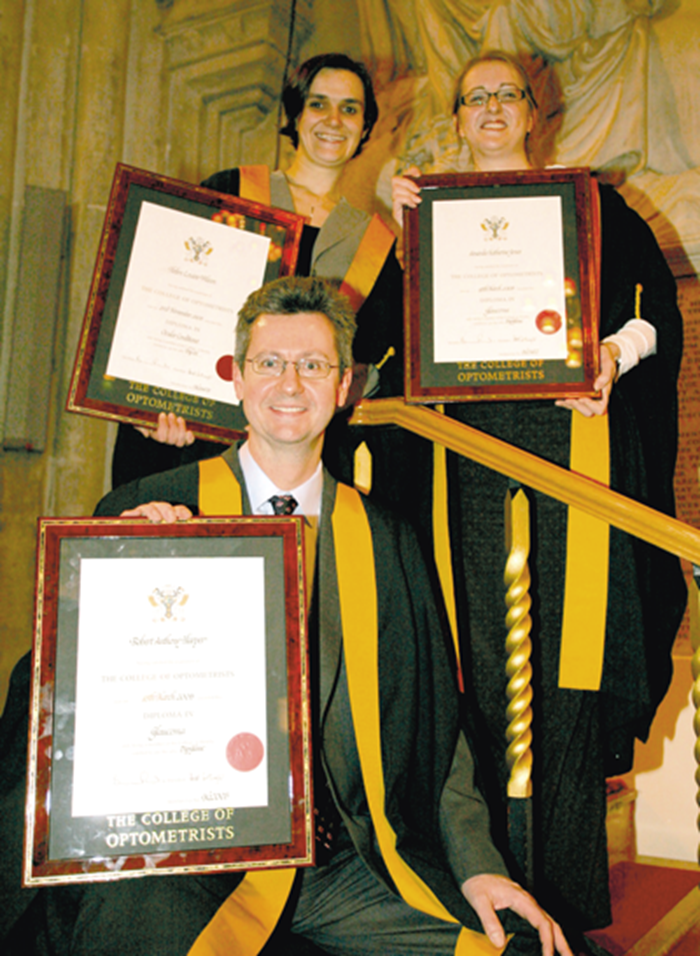 Specialist optometrists in the community began to participate in local glaucoma referral refinement schemes, reducing the false positive referral rate into HES. Hospital optometrists, nurses and orthoptists ‘skilled up’ to co-manage existing glaucoma patients, significantly increasing the HES capacity (Figure 1). In the last decade the concept of the virtual glaucoma clinic has gained momentum in the UK, where carefully selected glaucoma patients can be safely monitored without the need for a face-to-face consultation.

One of the landmark events was the publication of National Institute of Health & Care Excellence (NICE) glaucoma guidance and the National Patient Safety Alert in 2009 [1]. These publications addressed the standard of care glaucoma patients should receive, the qualifications of the healthcare providers and re-balanced the new-to-follow-up ratio in glaucoma clinics. After these publications we saw a rapid expansion of glaucoma services across the UK and the battle to tackle the increasing demand due to an ageing population is still ongoing.

Pressure, discs and fields have remained the ‘holy trinity’ in glaucoma assessment for the last 25 years, but our understanding of them has changed substantially. Goldmann applanation tonometry remained the gold standard of IOP measurement, although more portable devices like tonopen and icare gained popularity with our community optometrists and paediatric colleagues. The concept of central corneal thickness began to establish its importance in our assessment of glaucoma risk (e.g. thinner corneal thickness is a risk factor for glaucoma conversion in ocular hypertensives) and the ability to measure corneal hysteresis changed our understanding of tonometry. Diurnal variation of IOP changed from a scientific understanding to a more concrete clinical assessment through hospital phasing service, use of portable devices like icare home tonometry or the Sensimed Triggerfish contact lens continuous monitoring system.

Optic disc assessment has been enhanced with the gradual introduction of various imaging technologies. Although the popular vertical cup-to-disc ratio remained within the glaucoma nomenclature, our understanding of the importance of rim width and area expanded, especially with the introduction of concepts like the ISNT rule [2], alpha and beta zones in parapapillary atrophy [3] and the Bruch’s membrane opening [4]. Imaging modalities have evolved from simple colour photography to stereo-photography; laser scanning technology brought us Heidelberg retina tomograph (HRT), GDx, optical coherence tomography (OCT) nerve fibre layering analysis to now macular ganglions cell assessment (Figure 2). 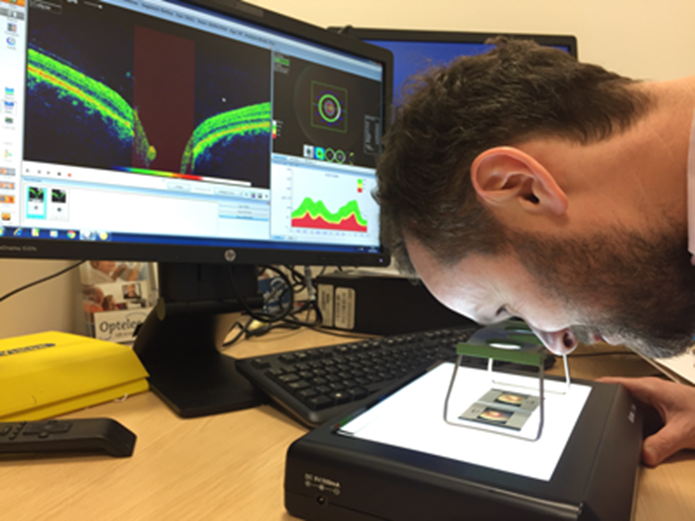 Figure 2: Old fashioned stereo-photography still has its admirerers amongst the glaucoma community.

Such technologies assist in our ability to detect early subtle progression of the disease, while at the same time serve as a constant reminder of the great variability of human optic nerve anatomy and the ‘red, yellow and green’ pictorial interpretation can be an over-simplification of the truth!

Visual field assessment has arguably changed the least over the last 25 years. The use of Goldmann dynamic visual field has mostly been replaced by the universally accepted Humphrey visual field analyser and its SITA program. The use of central 10-2 testing has gained popularity in a certain type of glaucoma monitoring, while sophisticated progression analysis can be achieved through electronic data modelling. On the other hand, little has advanced in making visual field testing more patient friendly, although attempts have been made to find alternative visual function measures that are non-operator dependent like multi-focal electroretinography (ERG).

Treatment for glaucoma continued to surround IOP lowering, while we explored neuro-protection for a short period without much success. The evidence for the practise, however, only started when the ‘Alphabet Studies’ emerged from 1998 onwards confirming that reduction of IOP reduced conversion of ocular hypertensive to glaucoma (OHTS papers 2002), reduced glaucoma progression in all cases from early glaucoma through to advanced cases (CIGTs 1998 EMGTS 2002 and AGIS 7 2000) and even demonstrated IOP reduction was worthwhile in normal tension glaucoma (CNTGS 2003). This leads to the concept of setting a ‘target IOP’ and there was an increasing realisation of 21mmHg not being low enough in many cases.

Topical medications have expanded over the years with the breakthrough introduction of prostaglandin analogue; a powerful IOP lowering medication that has defined our 21st century “glaucoma patient look” of long eyelashes and deep sunken globes! Various combination therapies were introduced to try to aid adherence, while the importance of preservative-free medication and ocular surface disease were recognised. Laser therapy evolved from the more destructive argon laser trabeculoplasty to the anatomically respectful selective laser trabeculoplasty, which is now increasingly used earlier in the treatment paradigm.

One cannot reflect on the history of glaucoma development without mentioning the unique expansion of surgical treatments over the last decade. We have never seen such intensive level of interest, investment and research in finding a newer IOP lowering procedure that is both efficacious and safe. Minimally invasive glaucoma surgery (MIGS) has attracted worldwide attention from both healthcare professionals and patients [5]. 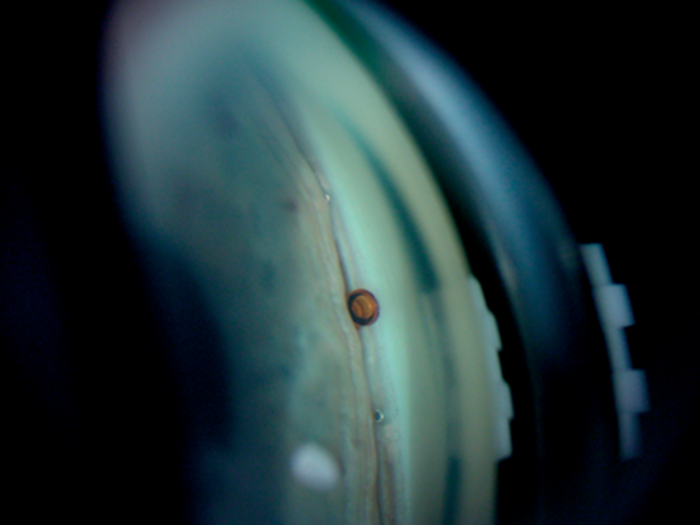 Figure 3: A ‘must have’ new entry to every gonioscopy textbook?

There are now devices like the istent, Hydrus and Cypass that can be implanted to augment schlemm’s canal outflow and shunt fluid into supra-choroidal space (Figure 3). MIGS is often applied earlier in the disease process to achieve a moderate IOP drop, as well as medication reduction. We continued to favour subconjunctival drainage filter within the glaucoma community and new devices (e.g. Xen and Innfocus) were introduced to mimic the effect of trabeculectomy in a less invasive manner. It is fair to say that trabeculectomy remains the gold standard in glaucoma surgery, especially when low target IOP is needed in patients with sight threatening disease.

The surgical technique of trabeculectomy has evolved over the years, especially with the introduction of the Moorfields safe surgery system. Augmentation of trabeculectomy has dramatically increased our surgical success through the use of 5-flurouracil, Mitomycin C and anti-VEGF injections. Alternative filtering surgeries like deep sclerectomy and visco-canalostomy gained popularity over the last 25 years, especially amongst our European colleagues. Cyclodestructive procedure continued to play an important role and has evolved through cryotherapy, transcleral diode laser, endoscopic diode laser to the latest pars planar micro-pulse diode laser therapy. Glaucoma tube surgeries have become more popular, allowing us to tackle more complicated secondary or refractory glaucoma, especially when previous trabeculectomy has failed. Its use in paediatric glaucoma, for example, has been revolutionary, offering success that was simply not possible 25 years ago.

Predicting the future can be an embarrassing task. We bought our first mobile phones (or mobile “bricks”) 25 years ago to make casual phone calls, with little knowledge that they would one day be the centre of our social and professional lives. I have no doubt that glaucoma care will be a completely different landscape in the next quarter of a century, beyond what we could contemplate right now. The ability to continuously measure intraocular pressure using implantable devices is being perfected and virtual reality technology is being investigated in visual function testing (Figure 4). 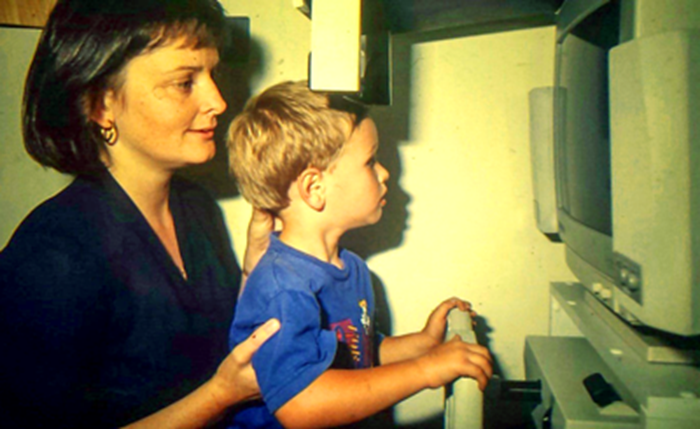 Mobile technology advancement shows no sign of slowing down and is likely to play an important role in glaucoma clinical data gathering and sharing. Implantable medication looks set to replace some of the daily eye drop burden for our patients, while titratable and adjustable glaucoma drainage devices are undergoing clinical trial. What is there to stop a drainage device one day having the ability to self-monitor intraocular pressure and titrate its drainage to achieve a desired IOP for an individual patient? The application of computer learning and artificial intelligence in glaucoma screening and monitoring seems like a logical next step to tackle the increasing disease burden.

Finally, our patients are still requesting that ‘eye transplant’ where damaged optic nerves can be replaced with new ones. Never say never, or has that already been done? 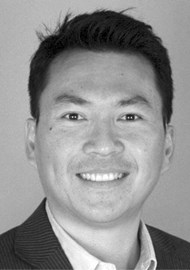 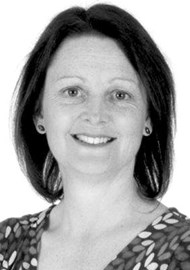