A revolution in modern genetic testing for the clinical management of ocular disease
By Jane Ashworth, Chris Lloyd and Graeme Black

Recent years have seen a huge increase in our understanding of the genetic factors underlying a wide variety of eye diseases. This has included common conditions such as glaucoma and age-related macular degeneration, as well as those conditions which have long been established as having a genetic basis, such as congenital cataracts and retinal dystrophy. There has been a concurrent expansion of specialist genomic centres that can provide genetic testing. It has thus become part of standard clinical care for many conditions.

Accurate genetic diagnosis in eye disease offers major advantages for the clinician and patient; these include improved understanding of the pathophysiology of the disease and precise genotype / phenotype correlation. In turn this leads to the ability to provide a more accurate prognosis for an individual patient, a better understanding of any implications for systemic health and appropriate and specific genetic counselling for the family.

Advances in DNA sequencing technologies, such as Next Generation Sequencing (NGS), have revolutionised the throughput and diagnostic rate of genetic testing. The application of such tests in a clinical setting has been demonstrated for childhood cataract and retinal dystrophy, where it has been shown that finding a precise genetic diagnosis can have a positive impact on clinical management and diagnostic outcomes [1,2].

This article discusses the use of NGS and other molecular genetic testing methods, how these are improving our understanding of eye disease, and how they may be incorporated into clinical care for the benefit of ophthalmic patients.

The utility of NGS technology

NGS is a high-throughput technique that carries out parallel sequencing of multiple genes, and thus allows rapid, relatively low cost genetic testing. This has been shown to be valuable for diagnosis in a clinical setting for patients with retinal dystrophy [1] and bilateral paediatric cataract [2]. Parallel sequencing of 115 genes using NGS testing for children with bilateral cataract was able to identify the underlying cause in 75% of patients [2], indicating a powerful capability for delivering accurate diagnosis in affected patients. Whilst many genetic defects have been established as being pathogenic in eye disease, the identification of a specific genetic change (even in a gene known to be involved in ocular development) does not mean it is causative of the condition affecting the patient.

The significance of a genetic change can be determined by the testing of other family members, and through computational prediction of the molecular effect of the mutation. Incidental genetic defects may also be identified; for example, the patient may be found to be a carrier of other conditions / diseases tested as part of the sequencing process, and relevant genetic counselling may thus have to be given. It is important to note that NGS panels designed for eye disorders (unlike other methods such as whole exome or whole genome testing) in general do not identify non-ocular mutations such as cancer genes and thus avoid many of the hurdles encountered when other potential health implications are uncovered.

The pathogenic significance of the NGS result is discussed and scored at a multidisciplinary team (MDT) meeting involving clinical and lab-based geneticists, ophthalmologists and genetic counsellors, before a report is issued to the referring clinician. 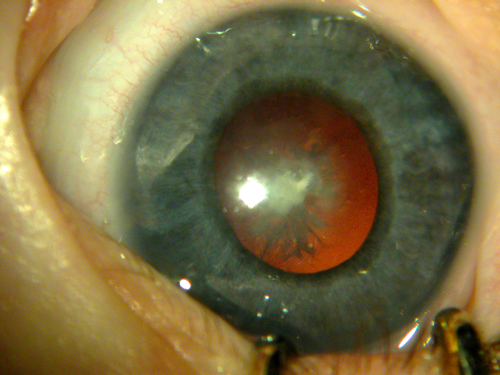 Figure 1: Bilateral cataracts in an infant who was later diagnosed with Lowes syndrome.

NGS testing in the diagnosis of paediatric cataract

Congenital and developmental cataracts (childhood cataract, (CC)) are a major cause of childhood visual deficit, especially in developing countries. In the UK, the incidence of CC presenting in the first year of life has been estimated as 2.49 per 10,000, rising to 3.46 per 10,000 by the age of 15 years [3]. Bilateral CC is highly heterogeneous and as many as 50% of cases have an underlying genetic aetiology [4]. Many syndromic forms of CC are genetic including Cockayne, Nance-Horan, Lowe and Warburg-MICRO syndromes (Figure 1) [5]. Importantly, a small group of affected children develop cataract as a result of biochemical defects that are amenable to therapeutic intervention, such as galactosaemia, cerebrotendinous xanthomatosis and stomatin-deficient cryohydrocytosis [6].

The heterogeneous nature of CC often results in significant delay in diagnosis. Despite the publication of care pathways guiding management and investigation of congenital cataracts [7,8], the proportion of cases of congenital cataracts in which the underlying cause is established remains low. Rahi et al. [9] reported that no cause of cataract could be identified in 61% of bilateral and 47% of unilateral cataract. Numerous clinical, imaging, biochemical and genetic tests are usually undertaken in an attempt to determine the precise cause at significant cost to health services, in a process that is complicated, inefficient and frequently unsuccessful [6]. Where a diagnosis is made, the time taken to achieve this is usually very prolonged involving input from multiple professionals via many appointments and investigations. Different guidelines for standard care and the low return of positive results lead to inconsistent investigative patterns and can also lead to delays in treatment and management [6].

The use of NGS testing in the management of bilateral CC offers considerably earlier diagnosis and greater diagnostic accuracy in the management of potentially treatable conditions. In a series of 50 patients diagnosed with bilateral CC and screened by cataract-targeted NGS, 15.7% of suspected cataract-causing variants identified occurred in genes associated with inborn errors of metabolism [6]. Possible pathogenic variants in six different genes associated with six different inborn errors of metabolism were identified, including peroxisome biogenesis disorder 14B, lathosterolosis, galactokinase deficiency and cerebotendinous xanthomatosis.

These disorders may have cataract as an early manifestation and, importantly, five of six of the metabolic disorders identified were amenable to treatment, either by dietary management or preventative therapies [6]. This highlights the importance of early identification of the precise molecular cause of bilateral childhood cataract to allow early therapeutic intervention and thus improved outcomes in this patient group.

NGS testing in the diagnosis of retinal dystrophy

Until recently access to genetic testing for patients with retinal dystrophy has been variable from region to region. The testing carried out has typically had a very low pick up rate. Although many retinal dystrophies are non-syndromic with effects isolated to the eye (rod-cone dystrophy, cone-rod dystrophy and macular dystrophy for example), others are syndromic and are associated with non-ocular manifestations (for example, Usher syndrome, Bardet-Biedl syndrome).

There are over 250 genes associated with isolated and syndromic retinal dystrophy. NGS testing in Manchester is currently available for a panel of 177 genes associated with syndromic and non-syndromic retinal disease, including the genes causing cone-rod dystrophy, Stargardt, Best disease and achromatopsia. The overall pick up rate using the NGS retinal panel is 60-65% [10]. Early accurate diagnosis can, as with childhood cataract, be important to target clinical care; for example, early detection and treatment of associated renal disease can result in an improved prognosis in patients who have Senior-Loken syndrome, who may present in infancy with what appears to be an isolated retinal dystrophy [11].

“Modern genetic testing is clinically useful, has a high pick up rate and should now be part of the standard clinical care of a range of disorders.”

Other systemic conditions with concurrent retinal dystrophy, where it is beneficial to make an early accurate diagnosis, include Bardet-Biedl syndrome associated with renal disease and Usher syndrome associated with deafness. Conversely, confirmation of an isolated retinal dystrophy can be reassuring for the parents of a young child with an early presentation where there may be suspicion of a more sinister diagnosis such as Batten disease. Accurate diagnosis can also provide help in determining a patient’s visual prognosis, in allowing genetic counselling and in improving understanding of genotype-phenotype correlation [12].

NGS testing panels are being improved and developed to incorporate additional relevant genes, as our knowledge and understanding of ophthalmic disease increases. Diagnostic pick up rates will increase, and the utility of the panels will widen. The Manchester NGS ophthalmic disorders panel now includes genes associated with anterior segment dysgenesis, congenital glaucoma, aniridia, albinism and corneal dystrophy, and so can be utilised for a wide range of ocular conditions. This ability to make an early accurate diagnosis can be clinically important; for example, the exclusion of Chediak-Higashy and Hermasky Pudlak for patients with suspected albinism.

When NGS testing does not yield a result, whole exome or whole genome sequencing can be carried out (but this risks the identification of non-ocular genetic defects).

Modern genetic testing is clinically useful, has a high pick up rate and should now be part of the standard clinical care of a range of disorders such as retinal dystrophies and bilateral paediatric cataract. NGS testing for bilateral childhood cataract may confirm the presence of isolated cataract and exclude systemic associations, as well as provide information on hereditability, and can yield results within a few months. NGS for retinal dystrophy can enable a more accurate prognosis to be given, allow exclusion of systemic associations and provide information on heritability. In addition, accurate molecular diagnosis may determine suitability for future gene-directed therapy. NGS testing will soon be applicable to other ocular disorders such as congenital glaucoma, corneal disease and albinism. The adoption of new genetic testing techniques into clinical care pathways will improve the rate, efficiency and speed of diagnosis.

The utility of NGS testing will further increase with the expansion of knowledge of the genetic causes of rare conditions. The 100,000 Genome Project is due to complete in 2017. This project aims to sequence 100,000 genomes, initially focusing on cancer, infectious and rare diseases. Its aim is to increase knowledge of the genetic basis for these conditions. Assessment of the value-for-money and clinical utility of NGS technology in comparison to more traditional investigation of patients with suspected genetic ocular disease, must be balanced against the significant potential for benefit to the patient of early precise diagnosis. 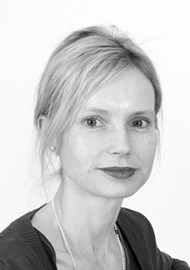 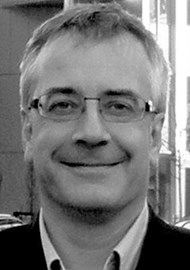 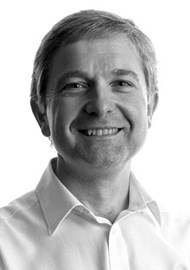