The writer: publishing my first book as a trainee
By Sam Evans

Medicine is very hierarchical. Indeed, Hippocrates himself laid the foundation of the apprenticeship that is medical training and while it is the noble duty of the boss to pass on information and ask for tasks to be undertaken as a form of compensation for this, the stability of this arrangement is such that it has lasted millennia.

As all trainees will know, it is easy to nod, smile and agree when the boss makes a suggestion. Forms of unspoken communication between master and apprentice might go like this. “Look at this toric lens I put in, registrar, aren’t I clever?” The registrar smiles approvingly. “Yes boss, you are amazing.”

Occasionally, however, the world is on its head and the suggestion comes from the trainee. This is a dangerous thing and some might say it is a situation to avoid if possible. It might shatter the Hippocratic stability of medical training. We all know the shining example of trainee stardom – the guy who has done 30 vitrectomies, 50 squints and a few endonasal dacrocystorhinostomy (DCRs) before his 25th birthday. For the rest of us, comfort is found by resting just behind the parapet, keeping our tender heads out of the hail fire of arrows and bullets that would surely greet them were we to stand up and try to be counted.

This is why the trainee with an idea is a menace to himself and to those he works with. He knows the risk he is taking by standing up and offering to write a paper, or carry out a study or audit, but stands up nonetheless. A particularly dangerous time is shortly after sitting an exam. The trainee’s capacity for extra work in evenings and weekends has been extended, he feels he can take anything on. Combine this with an airy suggestion from the boss to take on a huge project and the trainee finds himself in a perfect storm.

This was the position I found myself in after sitting part 1 FRCOphth during my ST2 year. My consultant mentioned that “it would be good to have a book based on the college syllabus of practical skills, in order to guide juniors through skills and procedures.” Before I knew where I was I had scribbled down a sample page or two, and had the book commissioned by a publisher. Enter now the enthusiastic senior trainee who feels he can help, and promises to split the work equally and the storm is complete.

Ernest Hemingway said “there is nothing to writing. All you do is sit down at a typewriter and bleed.” Whilst the job of writing a medical textbook or handbook doesn’t quite scrape the soul this bare, it is certainly a significant undertaking and requires constant attention. Ideally one would have clear space and time to devote to the task – neither of these are privileges of a trainee who must constantly attend to professional and personal demands, working full time and taking on other projects along the way. Nonetheless, a combination of the nagging guilt of a project unfinished, and haranguing emails from the publishers conspired to push the work along.

Having decided to write a book, and reconciling myself to the fact that I would be doing so without the proffered support of my senior trainee colleague, it was important to set out a timeframe, both for myself and the publishers – whose patience and enthusiasm nourished the guilt that kept me from throwing the whole idea away. I was fortunate in that the contents had already been put in place by the college syllabus – I had decided to follow this structure, using a bullet point style, with illustrations of each procedure. The advantage of doing this was that I knew from the start what was left to do – and whilst at times this seemed daunting, as the weeks and months went by, periodically ticking the skills and sections off motivated me to keep moving.

As with most trainees, I have always found great comfort in the fact that ultimately, whilst my opinion or limited experience may carry some weight, it is for my senior colleagues to come and save the day with a learned pearl. Slowly it dawned on me that as soon as something is written down, and particularly if it is written down in a book for which people have paid money, it gets believed. This project of mine, which had started as a way to use up spare evenings and to impress the boss with my enthusiasm was now threatening to discredit me to an entire generation of my colleagues. This was a worrisome thing to realise, and had I thought about it sooner I would never have started the book. Having got a significant way through the writing and illustrations, however, I was committed and so sought the advice and direction of my senior colleagues.

The adage of dying a death by a thousand cuts has never been applied more appropriately than when asking consultants for comments on what you have written. Having spent years crafting a career out of saying enough to suggest intelligence, knowledge or competence, but never too much to reveal the ignorance that lurks oh-so-close to the surface, I found the process of exposing my understanding of the way things are to those that know excruciating. Happily, the corrections, suggestions and improvements were offered without audible sighs or head scratching and the general legitimate direction of the book was ensured.

As the end neared, and the publisher’s fifth deadline was approaching I spent late evenings polishing the text up, checking illustrations and checking content over and over until I developed accommodative spasm and could see no more. My good friend provided a synopsis of 50 important studies in ophthalmology, which he speculatively entitled ‘50 shades of grey’. I edited the summary of NICE and RCOphth guidelines that I had produced as part of my revision for part 2 FRCOphth and included that in the appendix – suddenly my scribblings began to resemble a useful resource. I emailed the manuscript late one evening with a flourish, swearing out loud to an empty house that I would never again undertake to write a book. It had come back from the typesetters and really did look like a book. I began to think that whilst people might not actually buy it with their own cash, they might at least suggest the hospital library get it in.

The inertia of the end of a project set in, I went for walks along the local beaches, decided to learn the violin and thought about finally starting welsh lessons. But one thing I would never agree to and that was writing another book. I told my close friends that should I start to mutter anything about doing so that I should be immediately sectioned.

But Hippocrates casts a long shadow. The next week, as I was in theatre with my new boss with whom I was to work for an entire year, I heard him ask me if I’d be interested in writing a book. And I heard myself saying yes. 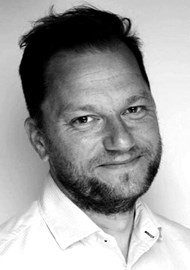