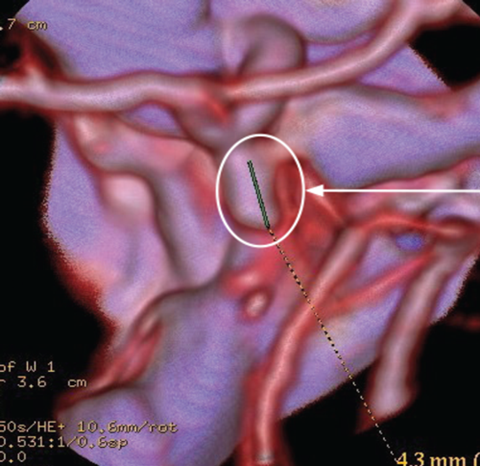 The traditional teaching on III palsy categorises medical and surgical III palsy depending on pupil involvement and patient medical history. However, the pupil rule is only 90% true, so 10% of aneurysms can cause a ‘medical III palsy’ not involving the pupil. The current advice from leading neuro-ophthalmology experts is to investigate all III palsies thoroughly with a CT angiogram or MRA to rule out aneurysms before suggesting it is medical rather than surgical. In our department we scan all suspected III palsy patients using CT angio on the day.

If there is an aneurysm the patient is referred to the neurovascular team, if normal then MRI head and orbit is requested. The first case was found to have an aneurysm that needed coiling. During her visit to her local eye clinic, there was no comment from the senior colleague on her pupil status and she did not have any neuroimaging, yet she was diagnosed with ‘microvascular III palsy’. That diagnosis should only be given following ruling out all other possible causes of III cranial nerve palsy. In the second case, the patient’s GP was concerned about a possible III cranial nerve palsy, yet her local A&E only performed a plain CT head scan and told her that she does not have a stroke. Her orthoptic assessment in our unit suggested myasthenia gravis, which can mimic cranial nerve palsies.

This new information helped directing investigations and made a CT angiogram less important in that clinical setting.