Orthoptists see a wide range of conditions that can range from reduced binocular single vision (BSV) that may be solved with exercises, to more extreme neurogenic cases requiring further intervention. Because of this variety, it is important to be able to know when further investigation is needed.

Many orthoptic conditions can present similarly in clinic and can cause distress when a health professional feels unable to confidently diagnose a patient and as a result, cannot determine the aetiology. That fear of missing something important may cause the health professional to order a surplus of tests, many of which may be invasive, distressing and completely unnecessary. This article will discuss the differential diagnosis of two common orthoptic conditions, and contribute to the avoidance of unnecessary examinations and provide timely and accurate diagnosis.

While both a sixth nerve palsy (VI np) and a decompensating distance esophoria (DDE) may present similarly in clinic, there are some key features that will help differentiate between the two. 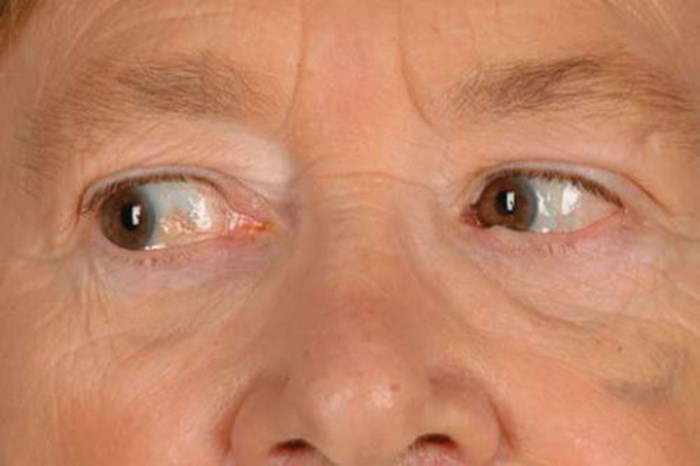 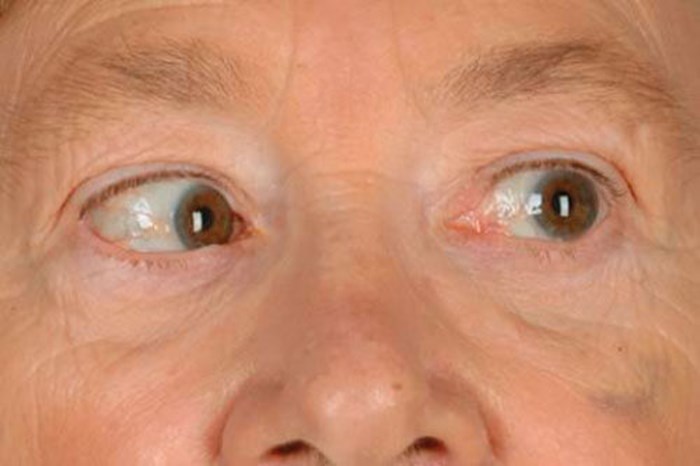 The patient’s history can give you major clues as to what the diagnosis is likely to be. While both may present with horizontal double vision in the distance, a VI np is also likely to cause further separation of the two images on ipsilateral side gaze. A DDE may cause intermittent symptoms of diplopia, possibly more frequent when the patient is tired, while a VI np is more likely to report consistent, sudden onset diplopia.

Common risk factors for cranial nerve palsies are ischaemic issues [1], and asking about a patient’s general health and current medications can flag up any relevant risk factors.

Try to get the patient to be as clear about their symptoms as possible. Both a VI np and a DDE can present with horizontal diplopia, however, as a DDE is a patient losing control over their deviation, symptoms may include blur and headaches as they struggle to maintain control, and intermittent diplopia when they do lose control. On examination, if the decompensating patient is intermittently binocular at distance, they may demonstrate a reduced base-in fusion range.

A VI np may cause the patient to turn their head towards the affected side (i.e. moving their eyes away from the problematic area). So a left VI np will cause worse diplopia on laevoversion, making the patient want to turn their head left and keep their eyes in dextroversion. They may even be able to regain BSV with their head in this position. A DDE is unlikely to elicit a head posture due to the absence of incomitance.

Ocular motility and measurements on side gaze

To perform lateral gaze measurements, get the patient to remove their glasses and fix in primary position on a distance target. Ask the patient to turn their head to one side as far as they can without losing fixation in either eye. Perform a prism cover test in this position and repeat with the patient’s head turned the other way. A left VI np will result in a larger base-out measurement when the patient’s eyes are in laevoversion.

Saccades are often very useful when trying to prove a neurological weakness. The saccadic movement to the affected side will appear slow or incomplete (hypometric) in the direction of the affected muscle compared to the unaffected eye. So a left VI np will produce hypometric abducting saccades in the left eye only. As a DDE does not involve any nerve weakness, saccades will be swift, symmetrical and accurate in both eyes.

An important observation that can be noted in a VI np is the secondary deviation being larger than the primary deviation. The primary deviation can be described as the angle that is measured when the patient is fixing with the unaffected eye, i.e. the prism bar is held over the deviating eye.

The secondary deviation is the angle that is measured when the patient is fixing with their affected eye, i.e. the prism bar is held over the unaffected eye.

When the secondary deviation is measured, due to the disruption of the nerve supply in the left eye, more innervation is needed for the left eye to take up central fixation, so more innervation is also sent to the right medial rectus, causing a much larger eso deviation when fixing with the affected eye. This would not be seen in a DDE as there is no nerve weakness, so each extraocular muscle will receive the same innervation, and the primary and secondary deviations will be equal.

The Hess Chart can give a good indication of whether a deviation is neurological or mechanical; however, it must not be taken in isolation and should be considered with the rest of the orthoptic report.

If the lateral rectus function line appears ‘squashed’, this can indicate a VI np. If the Hess Chart demonstrates an eso shift but does not appear ‘squashed’ in any way and both fields appear relatively symmetrical, this is more indicative of a DDE.

In the investigation of VI np and a DDE there are some clear differences, however, it is important to consider the investigation as a whole rather than looking at tests in isolation. Patients do not always fit into a ‘perfect box’ and there are rarer cases where asymmetrical lateral rectus restrictions and lateral gaze incomitance are found in a DDE. Some patients may need monitoring over two to three months so their eye movements can be observed over a period of time before the diagnosis is clear.

VI nerve palsy:
Restricted to affected side but improves when looking in away from affected side
Decompensating esophoria:
Variable, not particularly effected in any one position of gaze 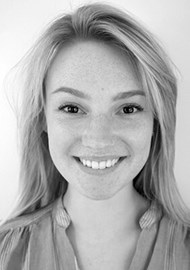