The blue-light hazard – is it true?
By Simerdip Kaur

Headline: The blue-light hazard – is it true?

Blue light is part of the visible optical spectrum and has a short wavelength of between 460-490nm. The sun is the largest source of blue light on this planet, however, there are increasing concerns over the exposure to blue light from light-emitting diodes (LEDs) which have replaced almost all traditional lighting, largely due to its low energy consumption whilst emitting high intensity light [1]. Our modern lifestyle also necessitates the use of light not restricted for illumination purposes but also to radiate from sources.

This is commonly seen in TVs, smart phones and tablets, all of which are predominantly driven by white-light LEDs found in their backlit displays. The diode in use in these devices is actually a blue LED converted by a yellow phosphor material into visible spectrum wavelength appearing white in colour, yet with a spectral irradiance centred on the blue light wavelength [2]. Due to its short wavelength and high energy, blue light is not absorbed by the human sclera, cornea or crystalline lens and falls on the retina. Here, macula pigments such as zeaxanhin, lutein and meso-zeaxanthin serve to protect the photoreceptors by absorbing up to 60% of the incident light, however, the rest is unfiltered [3].

Given that most adults, as well as some children, are using these digital devices for several hours a day, it is unsurprising that there is a concern over the possible damaging effects of blue light. Nevertheless, there has been conflicting evidence in the news about the negative effects of blue light on ocular health but is it really harmful and if so how?

It is widely accepted that any form of retinal light injury occurs via the photochemical mechanism [3]. Noell et al. first described this in 1966 following experiments on the retina of albino rats. They found that chronic exposure to bright fluorescent light damaged photoreceptors due to prolonged bleaching of rhodopsin [4,5]. In 1976, Ham et al. proved the blue-light hazard based on their studies on monkeys whereby short duration exposure of blue light up to 1000s was absorbed by retinal pigment epithelium (RPE) and the choroid resulting in photic damage [4,5].

The underlying pathophysiology involves the absorption of blue light by chromophores such as photoreceptors and lipofuscin with subsequent generation of free radicals which attack cell membranes resulting in lipid peroxidation. As a result, there is loss of the inner and outer segments of the photoreceptors, swelling of mitochondria, increased phagosome activity and RPE damage [3]. More recently, Karunarathne et al. (2018) found that retinal is also implicated in blue-light oxidative damage in both photoreceptor and non-photoreceptor cells. They also demonstrated that the presence of alpha-tocopherol, a vitamin E derivative can limit the blue-light induced retinal damage [6].

Various researchers have conducted cell culture and animal studies on rodents and primates to prove the blue-light induced photochemical injury. Nonetheless, lower retinal irradiance is required to cause damage in primates thus it is inappropriate to infer these findings to humans [3]. Additionally, rodents are known to have a lower threshold for photic injury than primates [3]. Furthermore, none of these studies actually used blue light from digital devices.

As part of a commission from the Centre for Radiation, Chemical and Environmental Hazards for Public Health England in 2016, O’Hagan et al. found that the spectral irradiance of viewing a blue sky in summer and winter was higher compared to blue light LED from digital devices against the blue-light hazard exposure limit even under extended viewing periods [7]. Despite these findings there remains inconsistent information for the public who are frequently targeted as consumers. One example of this is the marketing of blue-light filtering glasses to protect against the risk of age-related macular degeneration (AMD) despite there being insufficient evidence that this is effective [8]. On the contrary, there are concerns that it has a negative effect on circadian rhythm, scotopic sensitivity, colour perception as well as the regulation of mood and emotional state [8]. Other options with a more specific approach towards blocking blue light do exist such as desktop screen protectors and the ‘night shift’ mode on Apple phones that emits less blue light to name a few.

One of the main concerns surrounding blue light exposure is its link to AMD. Whilst the scope of that is beyond the limits of this article there are several precautions that can be taken to lessen the potentially induced harm. These include ensuring that children have limited exposure to digital devices as their transparent lens allows more light to fall onto the retina. Moreover, limiting the duration spent on these devices is also recommended as photochemical damage is both dose dependent and cumulative [3]. Ultimately, long-term studies are needed on blue light exposure from digital devices on the function and health of the human retina to truly ascertain its risk. 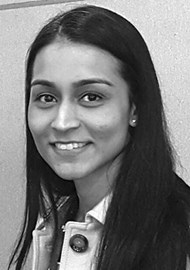