On the wrong track
By Jan Huelle

A 65-year-old very high myope lady presented with sudden blurred vision down to count fingers to her right eye after a short and sharp pain. She also described seeing a black swirly line and as all these symptoms were exactly the same as when she had a retinal detachment more than a year ago in the same eye, we both feared her retina had detached again. At the time her detachment was operated on in Spain by a 25g vitrectomy with a 360 degree encircling silicon band, laser and C3F6 gas. 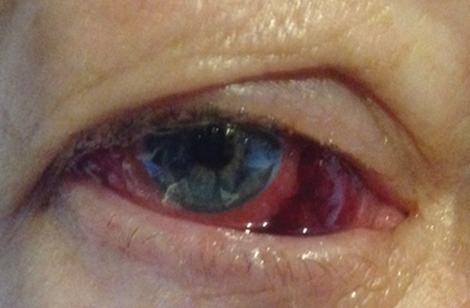 Figure 1: Painfully proptosed right eye with an elevated area nasally and some subconjunctival blood underneath.

On her return to the UK, she first presented to our hospital three months after the operation with a painful right 3mm proptosed eye that showed an elevated area nasally with some subconjunctival blood underneath. Her VA was 6/24 with correction. The swelling came and went at intervals over the next few weeks and there were also episodes of external bleeding from it (Figure 1). The B-Scan showed that the haemorrhage also spread around the encircling band nasally and the MRI did not point to masses in the orbit nor to scleral thickening or any intracranial abnormalities (Figure 2). 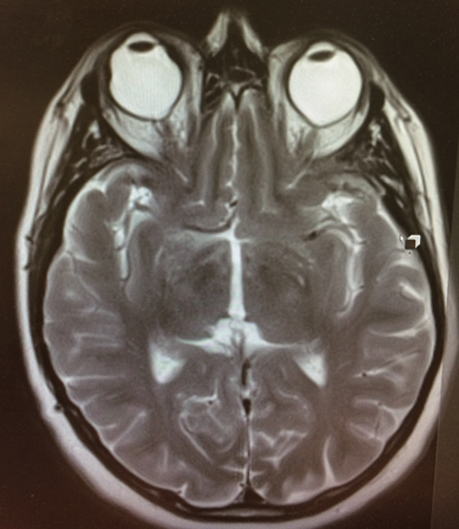 A first explorative operation saw active bleeding once the conjunctiva was opened and this was treated with diathermy. The eye seemed to settle after this procedure but it was only after some weeks that the swelling recurred heavier than it was before with a new yellowish granulomatous aspect to it and a febrile temperature. We treated with systemic antibiotics and felt the removal of the silicon band could not wait any longer. During this operation the Watzke sleeve that had been used by the Spanish surgeon to join up both ends of the silicon band was identified at the very side of former bleeding and granulomatous tissue formation. The band was cut and removed without complications.

The problem seemed to be fixed by this intervention and over the next follow-up visits the eye was found to be white and quiet. The patient was put on the waiting list for a developing nuclear sclerosis and her last VA was 6/18 only two weeks prior to this current episode when vision had apparently suddenly dropped to CF. 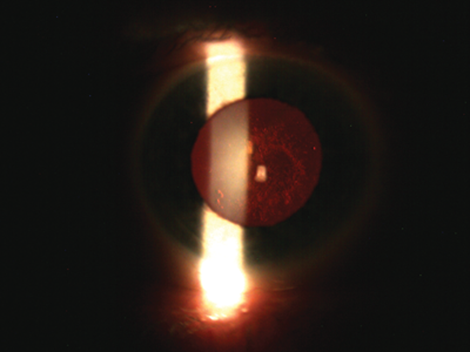 Figure 3: Slitlamp photograph of the culprit responsible for the ‘suddenly’ reduced vision.

However, on examination, to my and the patient’s surprise, the retina was attached circumferentially so that, in the end, the culprit for her symptoms was found to sit more anteriorly as can be seen in Figure 3 and I murmured to myself: “You did it again to me”. It was only a few weeks before that another lady who similarly presented with sudden visual loss and additional temporal pain had nothing but a posterior subcapsular lens opacity (PSCLO) in the end accounting for it.

Nearly every vitrectomised eye develops a subsequent cataract but in most cases this tends to be a nuclear sclerosis rather than a PSCLO [1]. Rahman and colleagues [2] describe another interesting case of sudden onset unilateral nasal hemianopsia respecting the vertical midline on formal testing that was found to be secondary to a posterior subcapsular cataract (which, of interest, was not limited to the temporal aspect of the lens capsule as one might expect). A possible explanation for why PSCLOs appear to be able to mimic other ocular and neurological conditions is put forward by Shun-Shin et al. [3]. They argue that PSCLOs are in a state of flux and are not, as one might assume, slowly but relentlessly progressive, which may also imply the existence of a repair mechanism in the lens.

What this case demonstrates is that as good detectives we should not limit ourselves too early to a specific diagnosis but be prepared to be thrown off the track by unusual symptoms. On the other hand we should expect that to some of our patients a gradual decline in vision may not be noticeable until another event like, for example, an itching prompts their attention to that eye, which they then perceive as having suddenly gone blurred.

The author would like to thank the patient for allowing the publication of her story and Mr Edward Doyle (Consultant Ophthalmologist, Torbay Hospital) for helping with this case report.