Congenital nasolacrimal duct obstruction is thought to be caused by a membranous obstruction at the distal end of the nasolacrimal duct (NLD). Rarely, associated midline deformities in soft tissue and bony structures of the face are present in patients with craniofacial anomalies or genetic syndromes.

Epiphora due to NLD obstruction has been reported to occur in up to 10-15% of infants. Usually 89-96% of patients respond by the first year of life with observation, massage and antibiotics [1]. For infants who are still symptomatic at 12 months of life, the likelihood of spontaneous resolution by the second year of life is still 60% [1]. Probing will cure most unresolved cases, although its success does fall with an increasing number of attempts and with age, being rarely successful after the third attempt or after three years of age [2].

Nasal endoscopy at the time of probing provides additional information regarding the site of obstruction, minimises false passages and reduces the need for repeat procedures [3,4]. The success of simple probing is less for bilateral obstructions. Complex obstructions in the proximal part of the duct have a poorer success rate following probing than simple membranous obstructions at the end of the duct [4].

Intubation / NLD stents are advocated by many as the procedure of choice following failed probing. Studies of primary surgical management have found probing to be successful in 70-97% of cases, with many reports around 90% [4,5]. Several investigators have reported a drop off in probing success rate with increased age, generally after 24 to 36 months [2-6]. Success rates for intubation are reduced in patients with dacryocystitis, and the procedure may not be possible where a bony obstruction of the NLD is present [4].

Silicone intubation of the lacrimal system may be monocanalicular or bicanalicular. The main advantage of the former technique is in the ease of tube removal without the need of a further general anaesthetic and that the manipulation in only one canaliculus may reduce iatrogenic trauma of the lacrimal system [7]. Disadvantages of bicanalicular intubation include the need for two separate general anaesthetics, the morbidity of the stent whilst it is in situ, potential for canalicular trauma and subsequent stenosis leading to a reduced chance of a successful outcome should further surgery such as dacryocystorhinostomy (DCR) be required, and risk of iatrogenic nasolacrimal duct trauma [3,8].

It is, therefore, worthwhile considering an external DCR for children who do not respond positively to probing, rather than proceeding with intubation. Although a more invasive procedure, a DCR is invariably successful, with immediate resolution of symptoms, with the need for only one anaesthetic. Prospective studies by Hakin et al. (258 eyes, 1994) and later Rose et al. (134 eyes, 2001) demonstrated a 96% and 92% surgical success rate in external DCR without intubation; canalicular disease was associated with increased risk of failure [6].

What is an external DCR?

The flaps are then apposed edge to edge so that a direct passage is formed between the lacrimal sac and nose. External DCR allows inspection of the lacrimal sac and of any canalicular tissue, enabling a decision to be made on the need for either adjunctive canalicular intubation or by-pass tube. In cases of dacryocystitis, DCR should ideally be performed once an acute episode has resolved. Persistent watering without discharge requires less urgency and surgery is preferably delayed until the teenage years, as a number may have canalicular obstruction and require a bypass tube [9].

In experienced surgical hands there are few children with symptoms attributable to lacrimal obstruction who cannot be permanently and safely relieved of their symptoms by external DCR surgery. 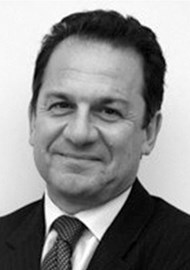