A tale of two membranes
By Jan Huelle

I am fortunate to work on a vitreoretinal firm at the moment and only a few weeks  apart from each other the following two interesting patients came along to our clinics.

A 75-year-old gentleman was referred by his optician with marked left-sided macula pigmentation, querying wet age-related macular degeneration. Best corrected visual acuity (BCVA) in this eye was 0.1 LogMAR. The high-definition optical coherence tomography (OCT) scan showed an epiretinal membrane (ERM) but no signs of choroidal neovascular activity (Figure 1). When asked in more detail about any possible eye problems in the past, the patient recalled that he had had a vitreous haemorrhage in this eye some 13 years ago. On examination of the peripheral retina, a tear was found at one o’clock with a surrounding pigmented ring (Figure 2). 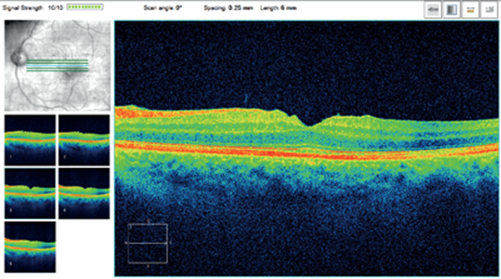 Figure 1: High-definition OCT showing a ‘puckered’ macula and ERM in the first patient. 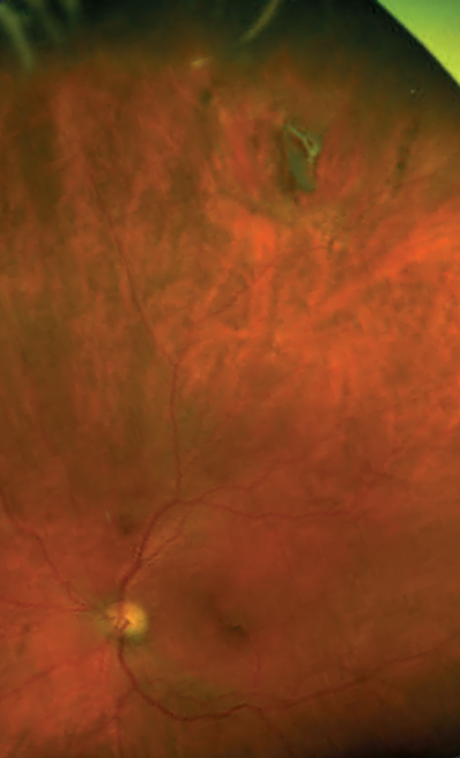 Figure 2: Wide-angle Optos fundus photography of the peripheral tear and the pigmented membrane
(same eye as Figure 1). Some eyelashes from the upper lid are depicted superiorly.

A 72-year-old gentleman presented for a follow-up appointment of a left ERM telling me that his eye felt considerably improved in terms of metamorphopsia. He had no relevant past ophthalmic history and no posterior vitreous detachment (PVD) was seen. Indeed, his BCVA showed an unusual improvement from 1.3 LogMAR at his last visit eight months before to 0.18 LogMAR when I saw him. Miraculously, on his OCT, the previous ERM (Figure 3a) had vanished (Figure 3b). 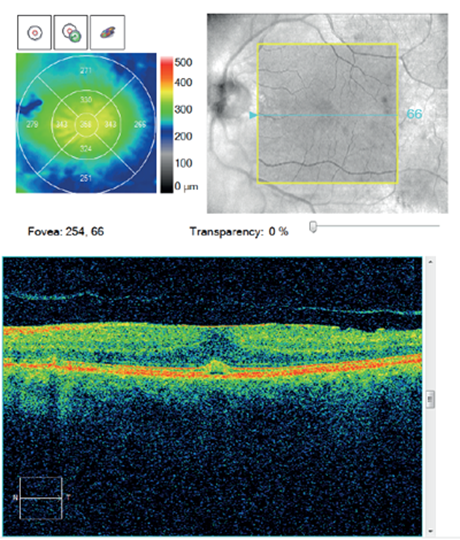 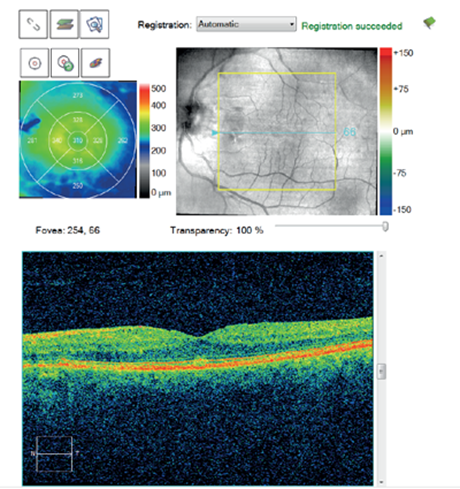 Figure 3: Macular change analysis OCT of the second patient shows a marked decrease in central retinal thickness
(b) as a result of spontaneous resolution of the ERM (a), possibly secondary to PVD.

Most of the cases are possibly caused by anomalous PVD, leaving hyalocytes on the internal limiting membrane (ILM). Alternatively, Müller cell migration through small breaks in the ILM with resulting proliferation and transformation to fibroblasts has been suggested [2]. Indeed, it appears that idiopathic ERMs are made up of glial cells to which the Müller cells belong [1].

In 1988 Cherfan et al. reported on a case series of 10 pigmented ERMs, one of which also occurred after a self-sealed tear (the other nine developed after prior surgery, mostly for retinal detachment) [3]. After surgical removal of the membranes, histopathological examination revealed pigment epithelial cells, basement membrane, and melanin, the latter accounting for the pigmentation in these ERMs. The authors speculate that hemosiderin may also be a theoretical contributor to epiretinal pigmentation but did not find histological evidence for that. Given that our patient had a past vitreous haemorrhage perhaps analysis of his membrane, with its unusually dark pigmentation, would reveal the same.

Sometimes the term ‘macular pucker’ is reserved for such membranes developing after retinal tears and vitreoretinal surgery [1]. They behave differently from idiopathic ERMs in that they contract more, develop quicker, and have a very profound effect on vision [2]. A possible explanation is that dispersed cells like retinal pigment epithelium or blood cells may use a pre-existing glial cell scaffold for anchorage, with subsequent proliferation and induction of contractile forces, resulting in a limited form of proliferative vitreoretinopathy and the ‘puckered’ macula [3].

“ERMs are very common and typically affect patients who are older than 50 years, causing more or less clinically relevant metamophorpsia [1].”

Is the disappearance of the second patient’s ERM really a miracle? On reviewing the literature, idiopathic ERMs may regress in up to one in four cases according to a large population-based cohort study from Australia [4]. However, a full spontaneous resolution on spectral domain OCT has recently been observed in another large population in only 3% of all cases and 13% of patients without previous PVD [5].

And the moral of the tales? Two important clinical implications can be deduced from these cases. First, the association of ERM with PVD means that patients with an ERM, especially if it is pigmented, should have their peripheral retina checked for tears [2]. If there is one, it may not have necessarily self-sealed and the risk of a resulting retinal detachment may still be acute. Second, for eyes with an ERM and no pre-existing PVD, vitrectomy with membrane peeling may be postponed because there is a chance of self-resolution with good visual prognosis and the season of Light may return without our help at all [5].

The author would like to thank the patients for allowing the publication of their tales and Mr Kwabena Frimpong-Ansah, Mr Tomas Cudrnak (Consultant Ophthalmologists) and Mr Steve Slater (Ophthalmic Photographer), Royal Eye Infirmary Plymouth, for helping with this case report.